From Darth Vader™ to the Stormtrooper™, the helmets of Star Wars™ are iconic. And over the years, we’ve been proud to turn some of them into LEGO® sets that have brought joy to Star Wars fans around the world.

Most of our sets feature helmets from the original Star Wars trilogy, including the TIE Fighter Pilot™, the Imperial Stormtrooper, the Scout Trooper™ and, of course, Boba Fett™.

Recently a new legend has been born. The Mandalorian™ is the star of the Disney+ series of the same name. And we’re proud to be releasing a new set featuring the Mandalorian’s dark beskar helmet.

And, if you’ve already seen the series, you’ll know that wherever Mando goes, Moff Gideon and the Dark Troopers follow. Well, it’s the same with our new sets. We’re releasing a Dark Trooper™ Helmet too.

To celebrate the launch of these three new helmets, we sent them (along with the classic Darth Vader Helmet) to AFOLs around the world. Instead of following the instructions, we asked them to personalize the helmets.

When you see the results, we think you’ll agree, the Force is strong with them.

The endless appeal of the galaxy far, far away

What is it about the Star Wars universe that is just so universally popular? For almost fifty years, it has pulled in new generations of fans from around the world. For Lia von Damm, an AFOL from the USA, the appeal is how the world gets richer as you get older.

“When I was a kid, I LOVED the vehicles, new worlds and colorful characters,” says Lia. “As an adult, I see Star Wars as a deeper parable about the importance of standing up against evil and the danger of becoming obsessed with power.” 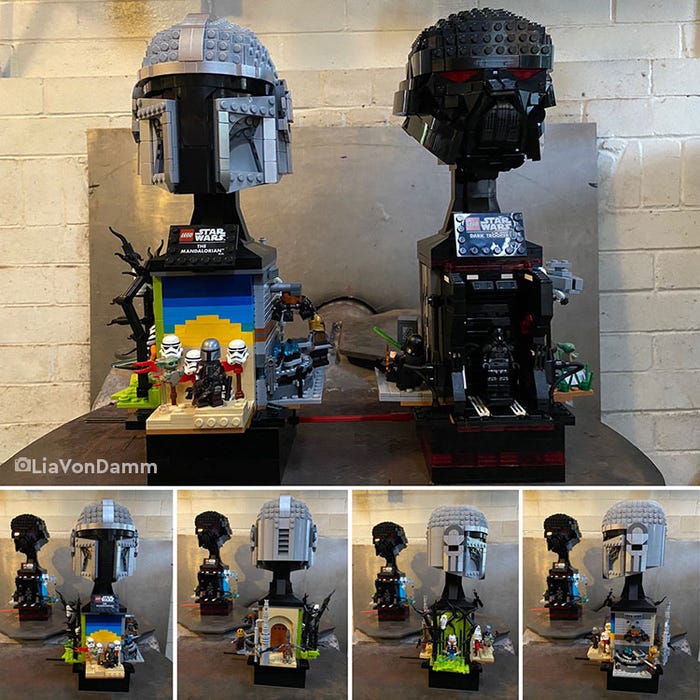 But Star Wars is also an endlessly creative world that gives those who love it a chance to be creative too. Star Wars fans have always written fan fiction, drawn incredible concept art and, of course, personalized LEGO sets.

To Thomas Poulsom from the UK, this is all a form of play.

“Creativity to me means playfulness,” he says. “LEGO bricks are the best creative tool because you can build whatever you can imagine. The possibilities are endless.” 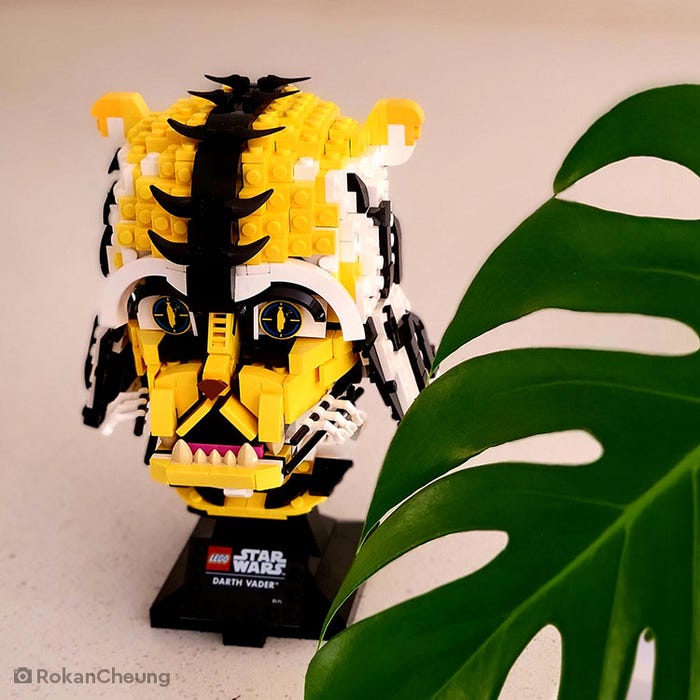 But endless possibilities can be daunting, so how do you go about personalizing your LEGO sets?

Rokan Cheung in Australia tries to start with a big idea and develops it from there.

“It’s always inspiration first,” says Rokan. “Then research is the key to success. It helps me decide in what form or how the customized sets should be presented.” 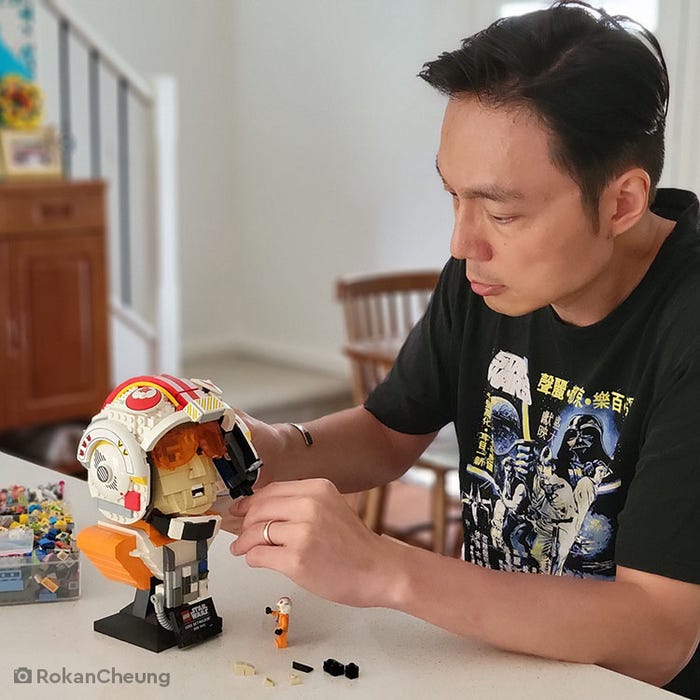 Now, that’s all well and good. But what is inspiration and where does it come from? Well, sometimes you can find it in unlikely places or people.

“I take inspiration from a particular detail of the set,” says Italian-native Simone Frigé. “And after that, my children help me with their original ideas.” 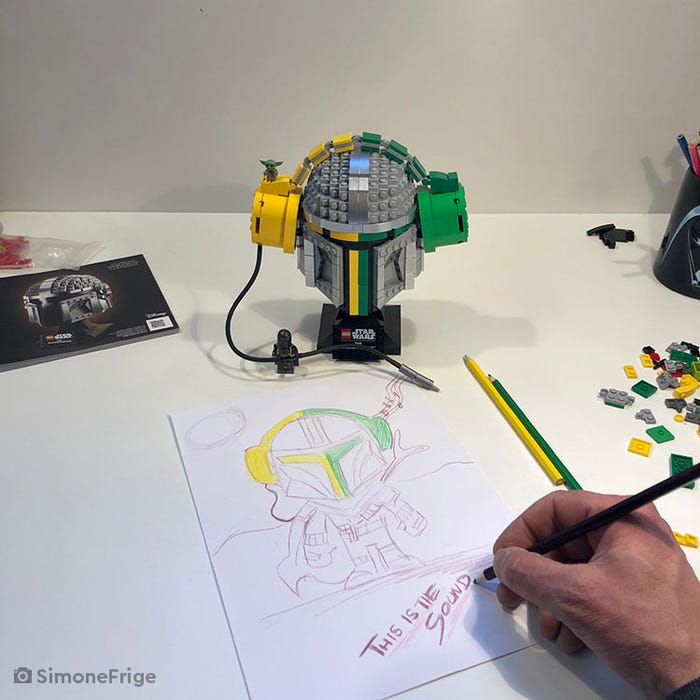 There is always fun to be had collaborating, so if you find yourself stuck, it can help to talk out your ideas with a friend, family member or fellow Star Wars fan.

Which side of the Force will you join? 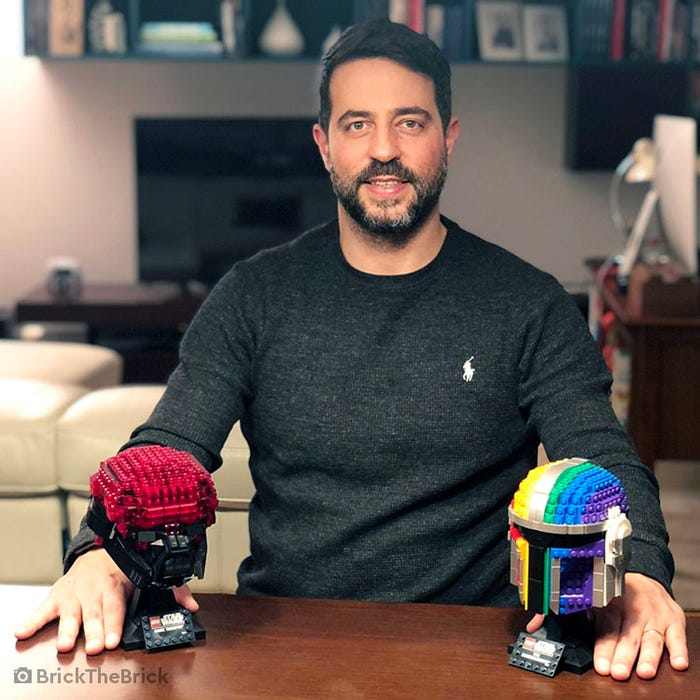 So, where will you start? The Dark Trooper or the Rebel Pilot? The Mandalorian or Darth Vader? After all, we all have to make a choice about which side of the Force we live on.

We couldn’t resist asking our AFOLs which side they’re drawn to. We’re pleased to say that most of them consider themselves on the light side, but we particularly liked and answer that came from an AFOL in Portugal. 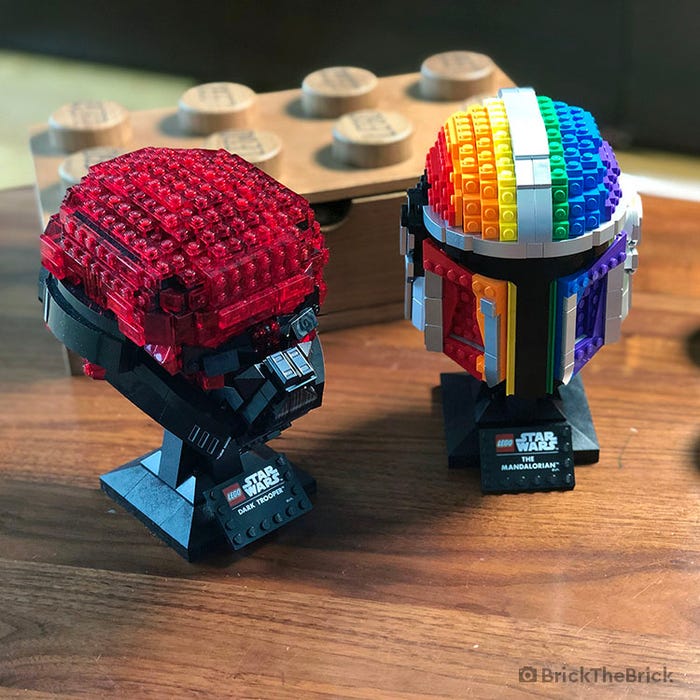 André Pinto said, “We all have a dark side, but my light side is much stronger.” And then signed off with the ultimate Star Wars mantra, “May the Force be with us.”

And when you’re personalizing your new Star Wars helmet set, may the Force be with you too.

To celebrate the launch of one of our largest LEGO® sets - the LEGO Eiffel tower - we ask what are the other biggest sets in our collection?