Accio fun! With a wave of your wand you can bring home the best gifts of sorcery and alchemy around with these sparkling LEGO® Harry Potter™ sets. Find unexpected magic in every corner of Hogwarts™, with interconnecting sets, huge character display items and all the familiar faces from the films. Mischief managed! 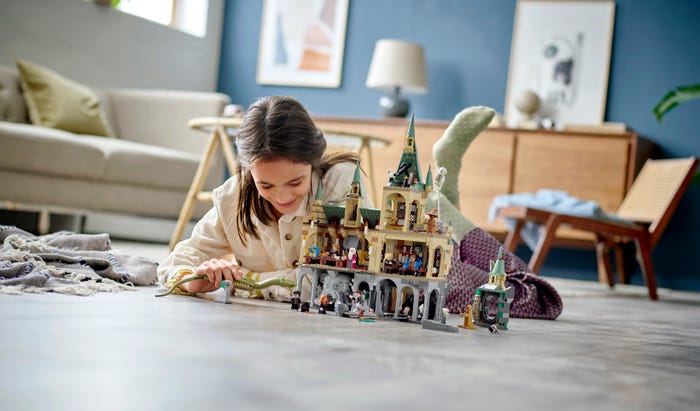 This mega LEGO Hogwarts Castle set has nearly 1,200 pieces of fun and mystery to explore!

With rooms like the Great Hall and an observatory in the Astronomy Tower, and the wonders of the Chamber of Secrets beneath it all, there’s plenty to see and do.

The chamber itself has a large statue with an opening mouth, from which the basilisk will emerge – and you can pop open the iconic circular entrance to let the characters in and out.

There are 10 figures to play with, including Harry, Ginny, Tom Riddle and Gilderoy Lockheart, as well as Dumbledore who can stand at his golden owl lectern. The basilisk is here too – who’ll be claimed next? 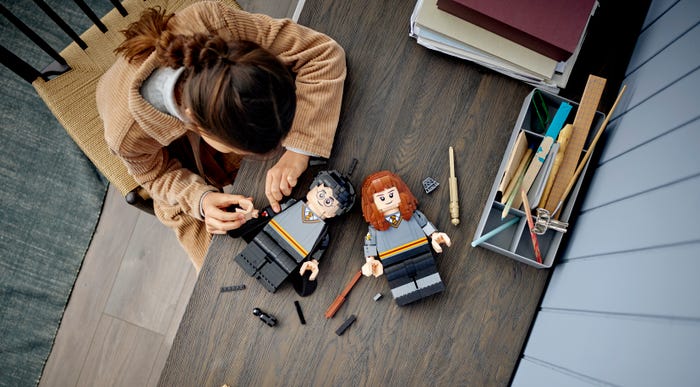 Harry Potter superfans will love these twin display pieces, designed to look like LEGO minifigures but with all the construction fun of a brick-built set.

Harry’s fabric robe can also be removed, and both models have brick-built wands to let them perform their magic. It’s Leviosa, not Leviosar! 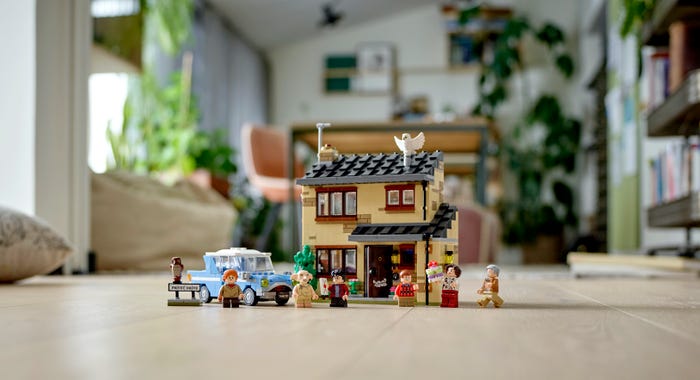 Harry doesn’t need to be at Hogwarts for the magic to show up – open up the cupboard under the stairs, where he first slept, and help him escape with Ron in the Weasleys’ flying Ford Anglia when the Dursleys try to stop him leaving!

Attach the chain in the trunk to the window to pull it off so Harry can get out, or have Dobby™ cause some trouble with the included Dursley minifigures!

Or relive the magic of the first film by turning a knob on the chimney to send piles of post pouring out into the two-story house. You’re a wizard, Harry!

You build a star, we donate to charity!
Lisateave The modular sets connect to create one
Lisa soovinimekirja

Explore all Hogwarts has to teach with this spot from the Transfiguration classroom. There’s loads to encourage different kinds of play, with the built-in storage cupboard and the movable furniture and blackboard that can be taken out entirely to transform the play space.

Designed to be modular and to resemble a LEGO Harry Potter book when closed, this set can combine with others in the Hogwarts Moment range to create a full 360-degree Hogwarts play experience, and the Professor McGonagall™, Ron Weasley™ and Hermione Granger™ minifigures can travel from one class to the next! 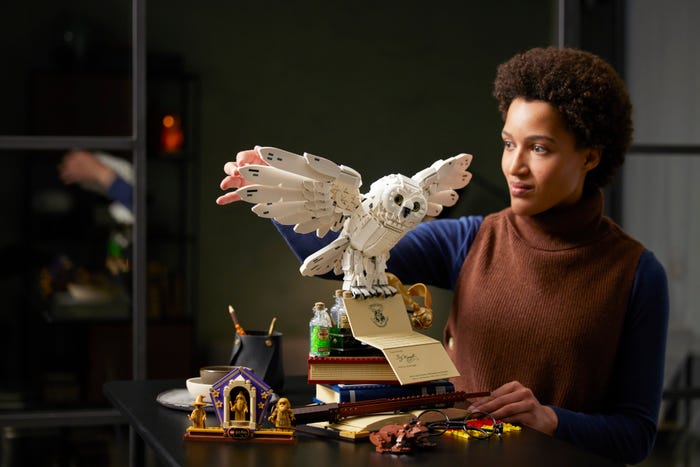 One for true fans, this display piece was created with adults in mind and celebrates the memorable moments and imagery from the Wizarding World™ to celebrate 20 years of LEGO Harry Potter.

From famous potions like Felix Felicis (better known as Liquid Luck) to Hedwig™ the owl, Tom Riddle’s diary and a school scarf, which you can customize to represent your Hogwarts House, this is a Christmas gift to be remembered.

This fascinating model is accompanied by 3 exclusive golden minifigures – Albus Dumbledore™, Minerva McGonagall and Rubeus Hagrid™ – and comes with a display stand so you can show off your Hogwarts colors with pride. 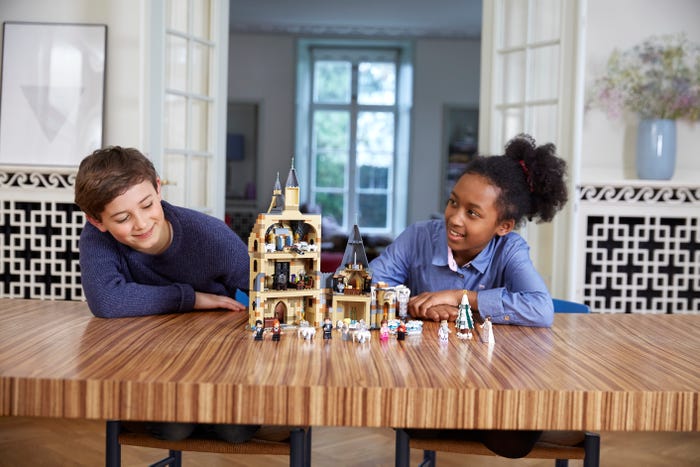 Engage in magical Time-Turner™ adventures with the Clock Tower that lets you go back in time, meaning there are plenty of chances to check out the dance function on the Yule Ball floor, the lessons in the Defense Against the Dark Arts classroom and loads more in this three-level Hogwarts build.

With Christmas rolling around, picking out gifts has never been easier – these 10 vehicles will take young ones off-road, into the air, and under the sea!