As a prolific artist, Hokusai created an estimated 30,000 paintings, sketches and prints during his lifetime, but there is a particular one whose sense of drama and beauty made it one of the most reproduced artworks in history: The Great Wave off Kanagawa.

The theme of waves and water was compelling to Hokusai for decades and is still very present in many aspects of Japanese life, for his interpretation of the power of nature versus the human experience speaks timelessly to anyone. This piece is a formidable reminder of how fragile human life is. 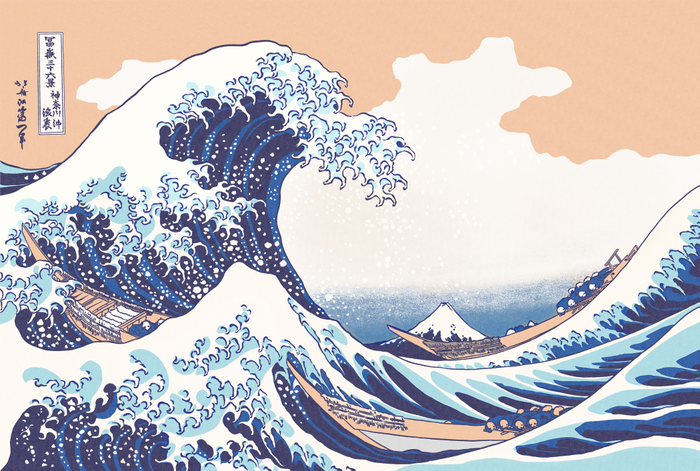 The Great Wave off Kanagawa

Now, this powerful Japanese work of art is the latest masterpiece to find a three-dimensional form as LEGO® wall art. 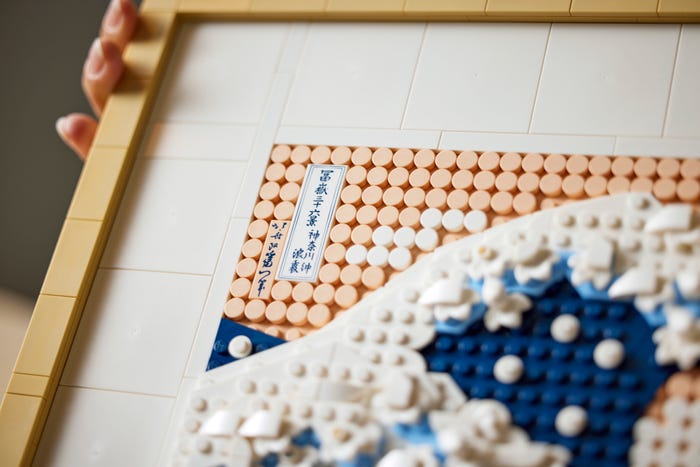 The print was originally reproduced on a woodblock from a style of Japanese art called Ukiyo-e that flourished from the 1600s to the 1800s. This distinct and painstaking craft required a whole team to produce it.

The publisher gave the artist directions on what would make it a commercial success; the carver transferred an image onto a flat piece of wood and adjusted shadows and lines; popular colors (such as Persian Blue) were selected before the piece was pressed onto a piece of cloth or paper, ready for mass-production and sales.

The print was then distributed in many forms around the world. Its impact was felt immediately, especially by European audiences, influencing many artists, and soon becoming iconic.

“It had a huge impact on young artists at the time,” says Naoko Mikami, art curator and expert from Japan. “The composition is very powerful and seems free from unnecessary rules at the same time. It was very different from anything made in Europe at the time.”

Now, it’s been reimagined as a LEGO Art set for you to build and display on your wall at home. 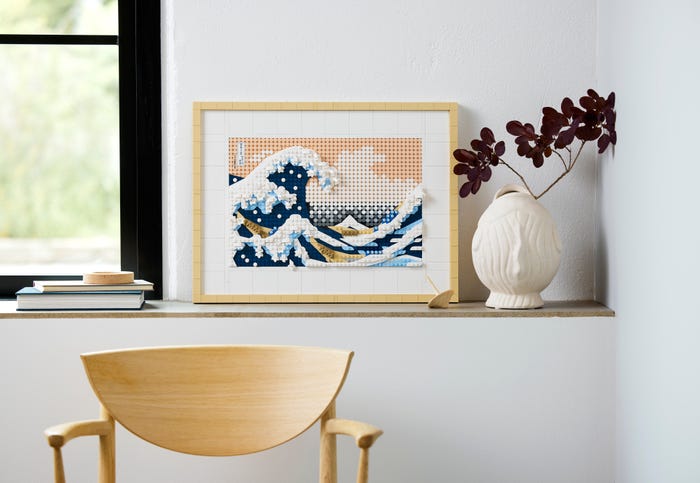 The Great Wave off Kanagawa print, part of a series titled Thirty-Six Views of Mount Fuji, depicts a forceful wave that, in the image, suggests it might even threaten Japan’s tallest mountain, Mount Fuji.

This differs from the rest of the series, which depicts quiet rural scenes, fields and forests, in which Hokusai mastered the technique of capturing natural landscapes.

Alfred Haft, Curator of Japanese Art at The British Museum, believes that the success of this print is down to more than just the wave that forms its primary subject.

“The sky is not very often identified as a point of interest in this print,” says Alfred. “Most of the time it’s the boats and the waves, but for me the treatment of the clouds animates the area above the main action of the print and perhaps contributes to the sense of turbulence.”

The dwarfing of the great Mount Fuji gives the wave an even more impressive sense of power and scale, and the boats being tossed in the waves create a sense of danger and peril.

But this sense of motion and turbulence that is so important to the print was one of the most challenging aspects of converting it into a LEGO set. 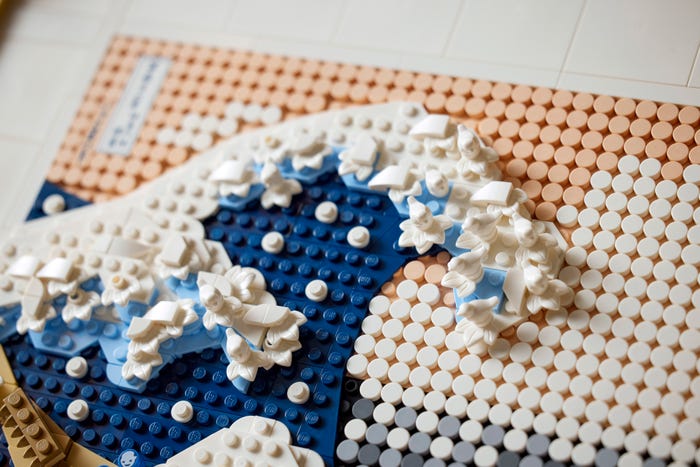 Artworks often depict a moment of stillness or calm or a quiet, peaceful landscape; The Great Wave off Kanagawa, however, harnesses motion and the power of the sea.

Translating this sense of motion and the feelings that it generates was a key part of the LEGO set design process.

“As a design challenge, we had to ask ourselves, ‘How could the shapes and textures of LEGO pieces be used to accentuate and capture that expression and emotion?’” says Fiorella Groves, the LEGO Art Creative Lead on The Great Wave off Kanagawa set.

“That made for a really interesting design experience for the team. The layering of the LEGO plates, in order to create the shapes.”

The three-dimensionality posed another challenge since Hokusai had once worked to harness the power of the image in strictly two dimensions. 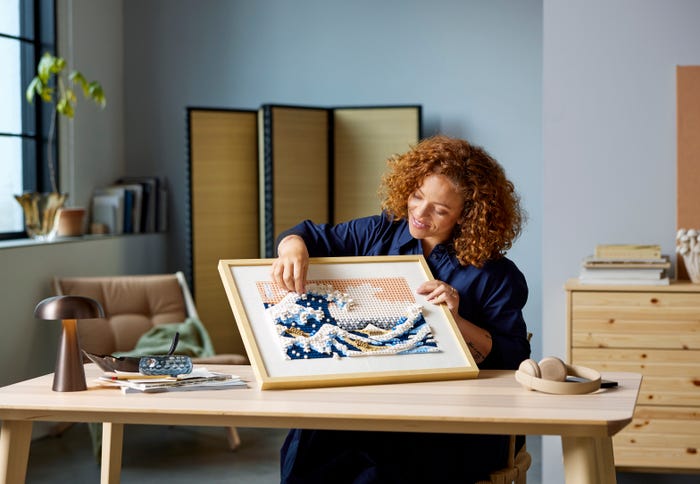 Art connects cultures, nationalities and even eras together. There’s something remarkable about the fact that this fleeting moment captured by an artist some two hundred years ago will now continue its journey, as three-dimensional wall art, in the homes of LEGO builders and art lovers around the world.

If you enjoyed reading about The Great Wave off Kanagawa, listen to the full LEGO Art soundtrack here.

We sat down with Katy Perry’s costume designer to discuss how the eye-popping LEGO brick dress came to life...

Give the gift of positive plant energy! Here’s what the different plants symbolize to help you find the perfect present...