Recreate intense hand-to-hand combat with this buildable and highly posable Rey figure. Featuring a desert outfit with real cloth, staff, pistol and arm-swinging battle function, battling the enemy has never been so much fun with this sturdy and durable figure. 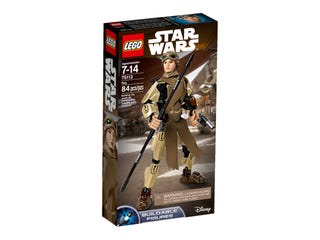