The amazing U-Wing Fighter has all the details you would expect from an authentic Star Wars model, including 4 big engines, an opening minifigure cockpit with transparent lower observation window, opening side doors with pull-out stud shooters, dual spring-loaded shooters at the front, rear storage hold and huge wings that sweep back to create an even bigger model. Includes 5 minifigures. 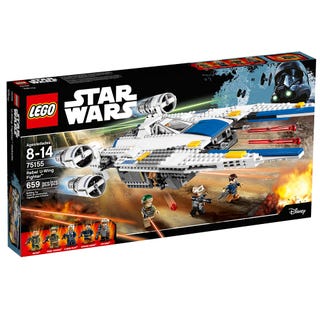