In the epic world of LEGO® BIONICLE®, Onua Uniter of Earth must guide the Toa through treacherous ravines and mountains. With night vision, and new elemental weapons and armor supplied by Ekimu in the Great Forge, embark on a mystical mission to unite with the elemental creatures. 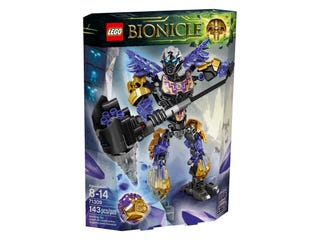