Masters of Spinjitzu Rebooted – Fall of the Golden Master (DVD)

Victory in the Final Battle between the Gold Ninja and the Overlord led to a new era of peace and technological revolution in NINJAGO™ world. But just when the Ninja seem obsolete in this new hi-tech world, they’re called back into action! The reclusive inventor Cyrus Borg warns them that the Overlord has survived as a digital virus trapped within the Digiverse and is seeking to steal Lloyd’s golden power to escape and reign as ‘The Golden Master’. Follow Lloyd, Kai, Jay, Cole and Zane as they battle to save New NINJAGO City in four thrilling episodes from Season 3 Part 2 of NINJAGO: Masters of Spinjitzu. Also includes a bonus pilot episode. 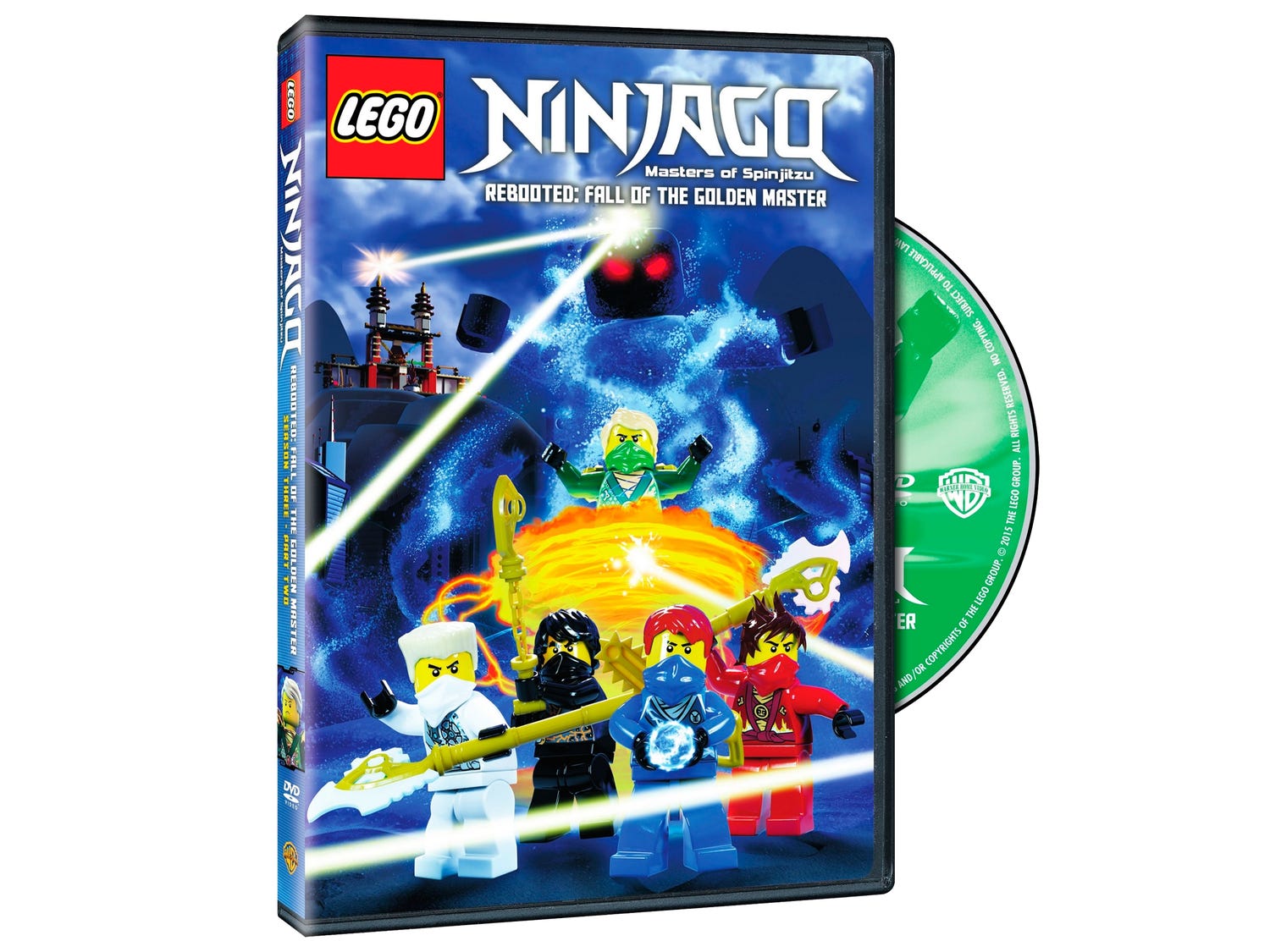