In the futuristic world of LEGO® NEXO KNIGHTS™, watch horses change into racing fighting machines. Dashing knight Lance Richmond is riding the 2-in-1 Mecha Horse, with loyal Lance Bot at his side, ready to face danger. Prepare for some hi-tech fighting and jousting action! Includes 3 minifigures: Lance Richmond, Lance Bot and a Flame Thrower. 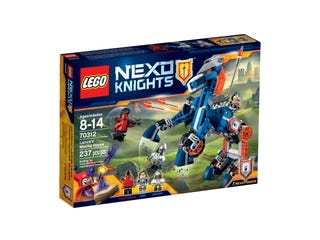