This action-packed play set includes buildable Kopaka Uniter of Ice and Melum Creature of Ice, which attach to each other using the unity piece. Discover the power of uniting creatures with Toa in the amazing world of LEGO® BIONICLE®! 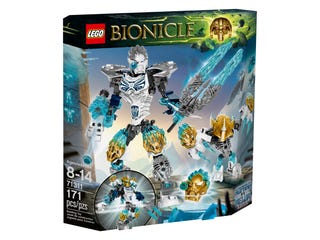