Speed after the demon ghost Mayhem with the Ecto-1 car and Ecto-2 motorbike. Lift the detachable roof off the Ecto-1 to fit the 4 Ghostbusters™ heroes inside, and place their gear in the rear storage area. Act out paranormal detection with the PKE Meter, place Kevin on the Ecto-2 motorbike or role-play other action-packed scenes from the 2016 Ghostbusters™ movie. Includes 5 minifigures and a Mayhem figure. 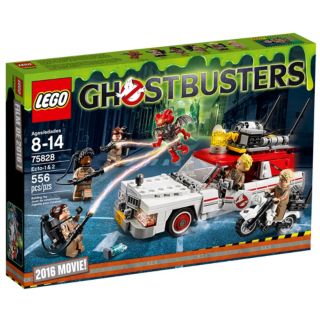 Overall RatingAverage rating4.8out of 5 stars
4.8
(24 Reviews)
100% would recommend this product.