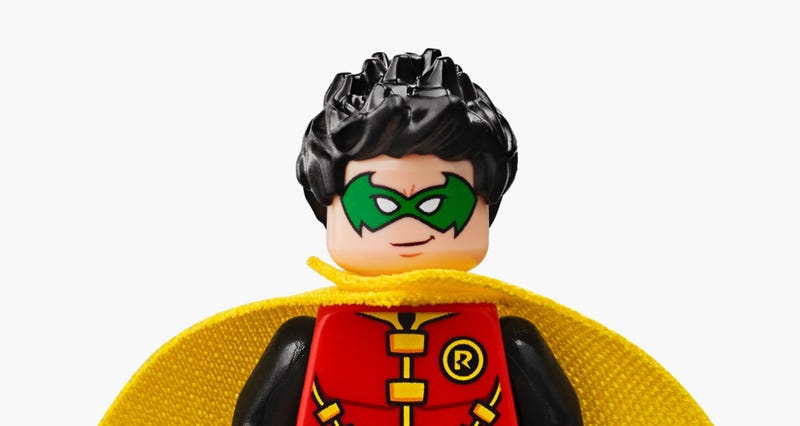 The character of Robin™ made his debut as a young associate of Batman™ in a 1940 issue of Detective Comics. His initial incarnation was as Dick Grayson, the youngest member of the family acrobatic performers, the Flying Graysons.

Robin’s chief abilities are his acrobatic skills and his use of Batman’s advanced technological devices. Much more than a mere sidekick, Robin is a skilled combatant, trained in armed and hand-to-hand combat with guidance from Batman.

Despite often being mistakenly perceived as a secondary character, Robin has proved to be an enduring and popular figure. As well as comics, he has appeared in movies and across a wide range of merchandise, including a range of LEGO® playsets.