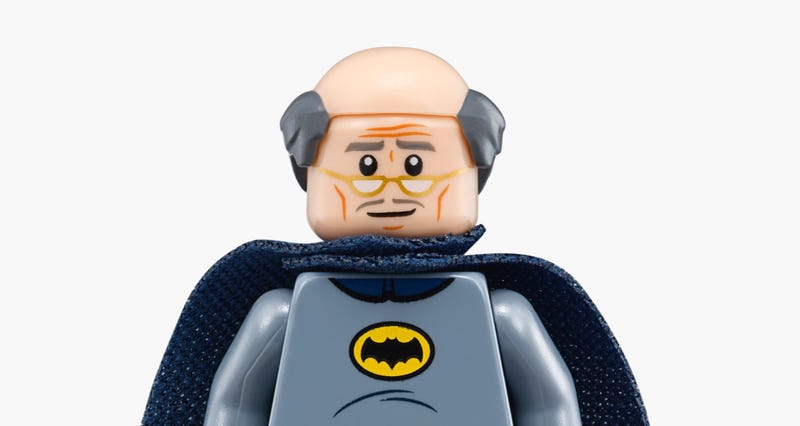 First appearing in a 1943 issue of Batman™ comic, Alfred Pennyworth has served the Wayne family as their dutiful butler since before the birth of master Bruce. Prior to this he had a heroic career in the British special forces.

Following the murder of both of Bruce Wayne’s parents, Alfred became a father-figure to the youngster. As Bruce grew older, Alfred provided valuable assistance in his mission to become the crime-fighting super hero, Batman.

As well as ensuring the smooth running of Wayne Manor, including the subterranean Batcave, Alfred provides essential assistance whenever it is needed – whether that involves preparing Batman’s equipment or repairing Batman’s battered body using his first aid expertise.