Creative fun
The LEGO Group has been creating brick-built versions of iconic Star Wars starships, vehicles, locations and characters for over two decades. There is a huge array of buildable models for play and display that will excite fans all ages. 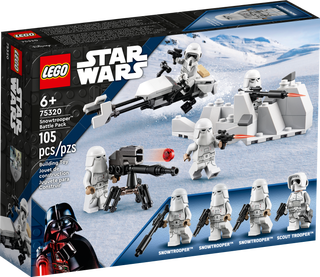