Lead the Separatist Droid Army with super-tough General Grievous™ as you’ve never seen him before! This amazing buildable LEGO® version of the feared Supreme Commander features fully posable limbs, 2-into-4 separating arms and 4 buildable Lightsabers. This ultra-fast General is ready for intense battle! 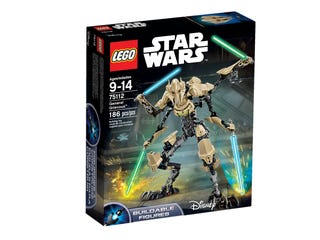