Thirty years ago, a superstar was born. A character that has brought joy, exhilaration and fun to millions of people worldwide.

He’s famous for his speed and bright blue color, neither of which he shares with the animal that he’s supposed to be. Yet from the moment he arrived, he was taken into people’s hearts and has stayed there ever since.

Over the last 30 years, Sonic has been featured in video games, books, comics, TV series and a recent live-action film. And now, Sonic is getting his very own LEGO® set.

The set is the latest project from LEGO Ideas, started by Sonic superfan Viv Grannell. She felt her favorite hero was perfect for old and new fans alike.

“Sonic means so many things to different people because he has had the flexibility to evolve over time,” says Viv. “The attitude of the ‘90s, the thrill-seeking edge he brought to the millennium, and the compassionate snark of the past decade – are all reflections of a strong, distinctive, and downright cool character.”

As the first game loaded in 1991, players were introduced to a level that would go on to become one of the most iconic in gaming history: Green Hill Zone. 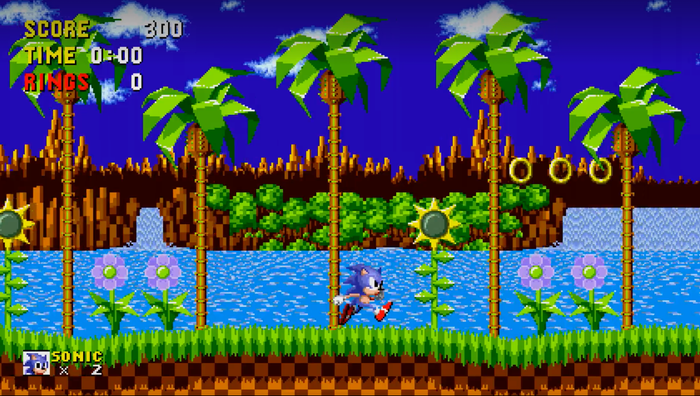 It is this level that inspired Viv’s set.

“Because everyone knows it, I think it’s absolutely appropriate for its first meeting in the world of LEGO bricks!”

Originally designed by Sonic Team, the level is based on the landscape of California. It’s a world of bright colors and good weather.

The designer wanted to build levels that were both visually complex and easy to go through. He also added the loop-de-loops that later became the series’ trademark. It’s not all green and pleasant though. Green Hill Zone has spikes capable of knocking the Rings right out of our hero and an army of animals that have been imprisoned within mechanical armor by Sonic’s nemesis, Dr. Eggman. 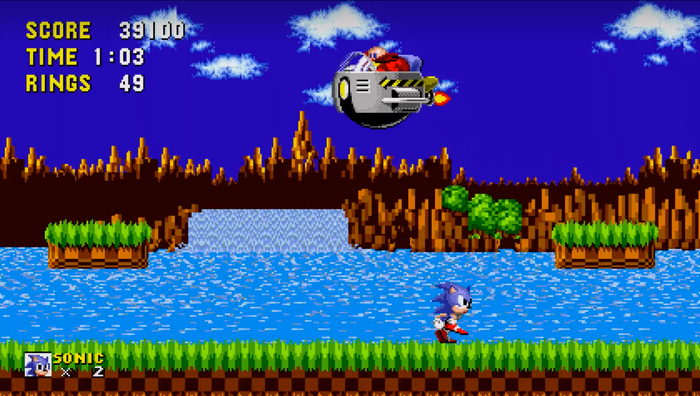 The checkered ground was inspired by renderings from computers capable of generating 3D images. This technique was used to give 2D images a 3D aspect.

But for the most part, it’s paradise. And, you might remember that at the end, Sonic returns to Green Hill Zone to celebrate.

The LEGO set is based on the first Sonic game with separate modules that you can fit together to create your own version of the level. 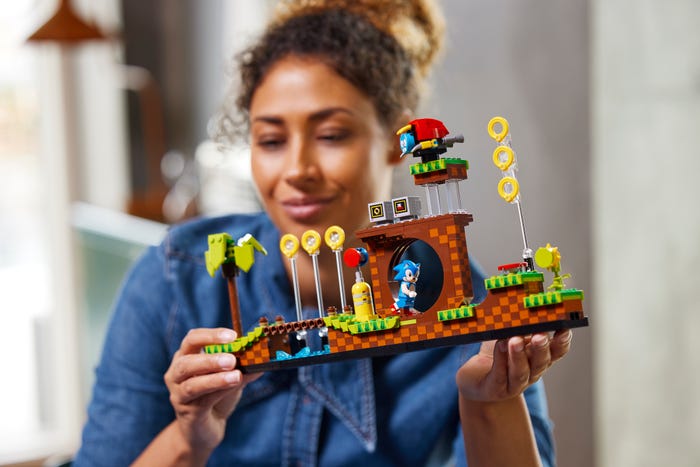 There are 7 Rings to collect along the way, some of which can only be reached by using the spring-loaded platform that will launch Sonic into the air. There are also three TV-shaped Item Boxes, containing an Extra Life, Speed Shoes and Blue Shield.

And to populate this paradise, there is a Sonic minifigure in iconic ’90s styling, plus brick-builds of a Moto Bug, Crabmeat and arch-nemesis Dr. Eggman. 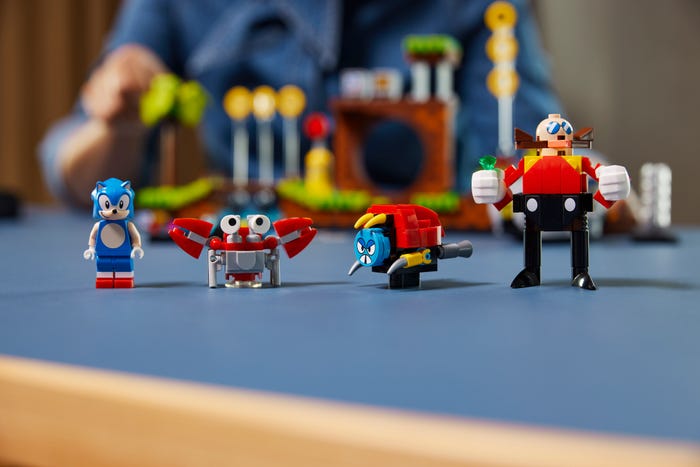 Anyone who has played Sonic knows that the games are all about protecting the seven Chaos Emeralds. With this set the emeralds can be displayed on a gem stand – after you’ve found them all, that is. 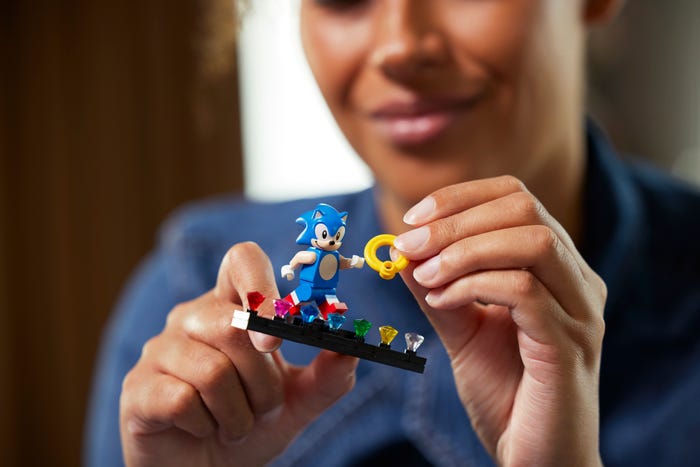 Get your Speed Shoes on!

The original Green Hill Zone was designed over a period of eight months, undergoing countless revisions and modifications. 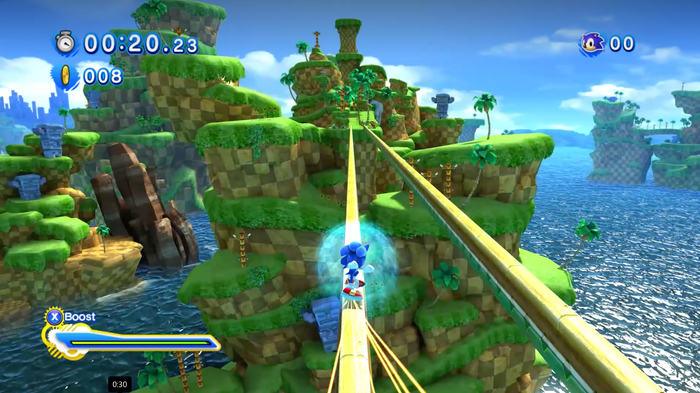 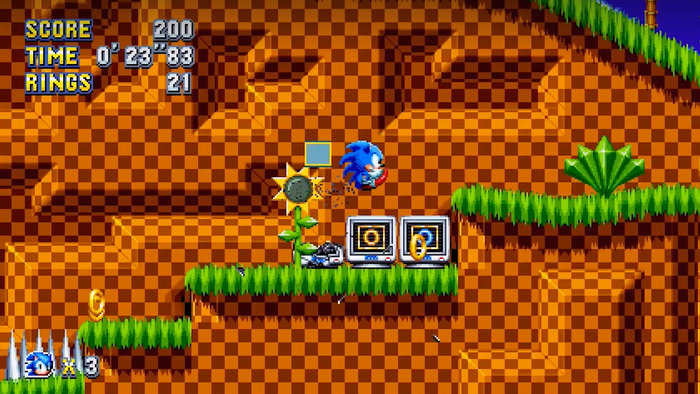 That’s a little like the journey that Viv’s been on. It took around two years from making the first concepts to the final set being released.

“It’s definitely earned a good spot on my desk,” says Viv. “It works to have it in arm’s reach for now, as I can see myself playing with it quite a bit!”

We’ve got a feeling that Viv won’t be alone.

We look back at some nostalgic PC games we all loved growing up...