Display your dark side with the LEGO® Star Wars™ Helmets Collection

Proudly display your love of Star Wars with these iconic helmets.
Learn more

View All
On slide of 8

Calling all Rebels, Stormtroopers, evil emperors, Jedi, Wookiees, bounty hunters and other aliens across the galaxy. With LEGO® Star Wars™ toys, the fate of the galaxy is in your hands. Recreate your favorite scenes, make stop-motion videos, display collectible models, or go all in and build your own galactic empire.

The perfect gift for any Star Wars™ fan

With LEGO® Star Wars™ sets, you’re not just building toys, you’re building hope for the future of the galaxy. From young Jedi-in-training to adult Star Wars fans and collectors, everyone can find a LEGO Star Wars construction playset to build, display and relive all their favorite epic space battles. Find inspiration in models based on iconic scenes from all nine Star Wars movies and the new live action series, Star Wars: The Mandalorian. 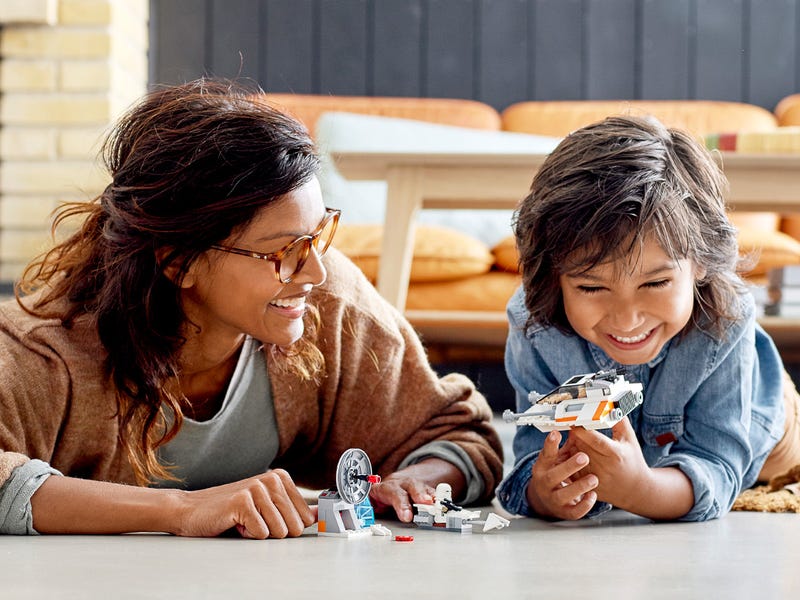 When you role-play a scene from your favorite Star Wars™ stories or your own space battle adventures, you have a choice to make. Will you fight the good fight to save the galaxy or join the dark side and rule with an iron fist?

Get the new collectible Luke Skywalker’s X-34 Landspeeder for your favorite Jedi apprentice. Built to blast across the Tatooine desert with the Luke and C-3PO minifigures, an opening trunk with macrobinoculars inside, and a clip for Luke’s blaster rifle. Everything a rebel needs to relive the Star Wars: A New Hope action.
Shop now 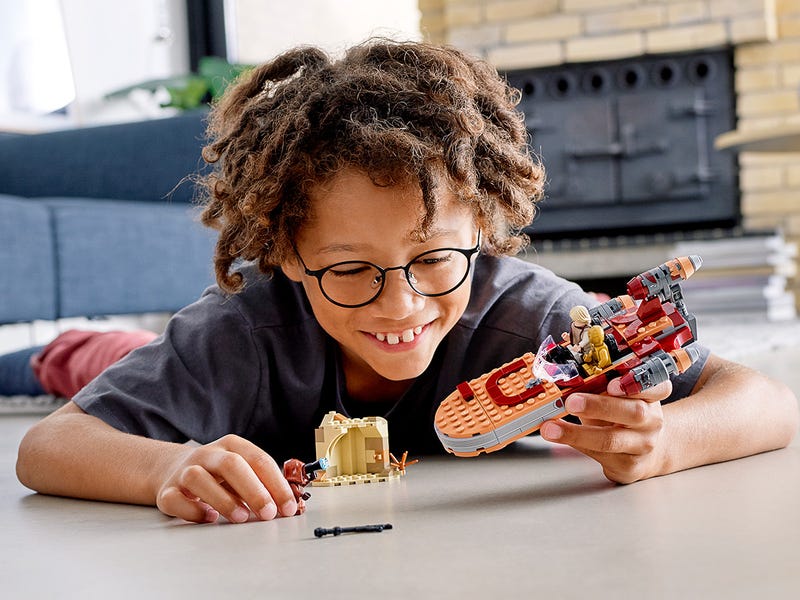 The success of the Resistance depends on the skills of heroic (and slightly reckless) space pilots like Poe Dameron and his X-wing Fighter in Star Wars: The Rise of Skywalker. Adjust the wings for cruise and attack modes and shoot down First Order TIE Fighters with a little help from everyone’s favorite astromech droid, R2-D2.
Shop now

Know a young space pilot who’s leaning more towards the dark side? Give them a license to fly this First Order TIE fighter with spring-loaded shooters. A great gift idea for kids 9+, this building kit also includes 3 minifigures – First Order TIE Pilot, a Knight of Ren and Finn – for some action-packed First Order vs. Resistance battles.
Shop now

When you role-play a scene from your favorite Star Wars™ stories or your own space battle adventures, you have a choice to make. Will you fight the good fight to save the galaxy or join the dark side and rule with an iron fist? Quick Guide to the Star Wars™ Movies and LEGO® Sets

New to the Star Wars™ movies or need help finding a set from your favorite movie? Scroll down to travel to all corners of the galaxy and find your favorite spaceship, scene, minifigures and cool, collectible LEGO® Star Wars memorabilia for play or display.
On slide 1 of 3

For more than 20 years, the LEGO® Star Wars™ universe has been built, rebuilt and expanded with iconic minifigure heroes and villains, battleships, droids and worlds. With every model, Star Wars fans from 6 to 106+ can be inspired to re-create endless adventures and missions from the movies. The original saga may have come to an end, but rebels everywhere will always keep the legends alive in their own ways.