Whether it’s helping kids in her school overcome their loneliness or sending smiles around the world, Sammie Vance is rebuilding the world, one idea at a time.

It all began with an idea for a ‘Buddy Bench’. Sammie wanted to put a brightly colored bench in the playground of her school, and if any kid was feeling lonely, they could go and sit on that bench and that would serve as a signal to other kids that they should invite them to play.

“I wanted to do it for my school because I’ve been lonely myself,” said Sammie, “and it’s not a good feeling so I didn’t want anyone else to feel that way.”

Anything that makes play easier and more inclusive sounds like a good idea to us, and when Sammie told her mother, Heidi, that she wanted a ‘Buddy Bench’, Heidi agreed. Together they found a company called Green Tree Plastics that took used bottle caps and turned them into benches. This would mean that two great things at once: the school would get its ‘Buddy Bench’ and it would be good for the environment.

The school principal agreed to the idea and Sammie was ready to get started. But now she needed bottle caps. A LOT of bottle caps! 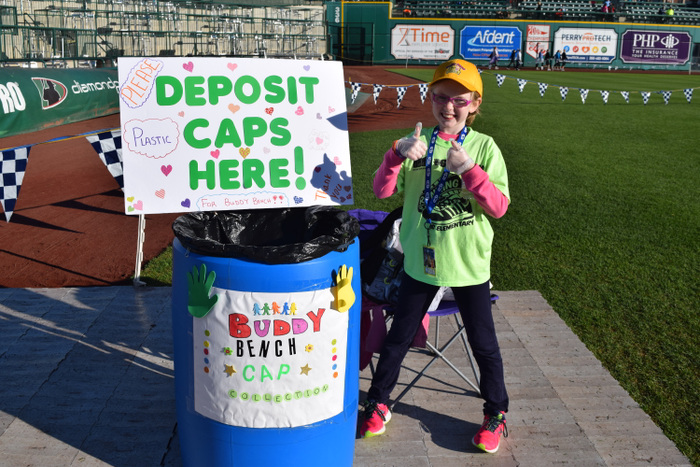 With Heidi’s help, she put out a message on social media and soon the bottle caps were pouring in. First, they came from her hometown. Then from around her state. Soon, there were bottle caps coming from across the US. In fact, Sammie has now had bottle caps sent from all 50 states and has even received bottle caps from the UK, Mexico and Afghanistan. 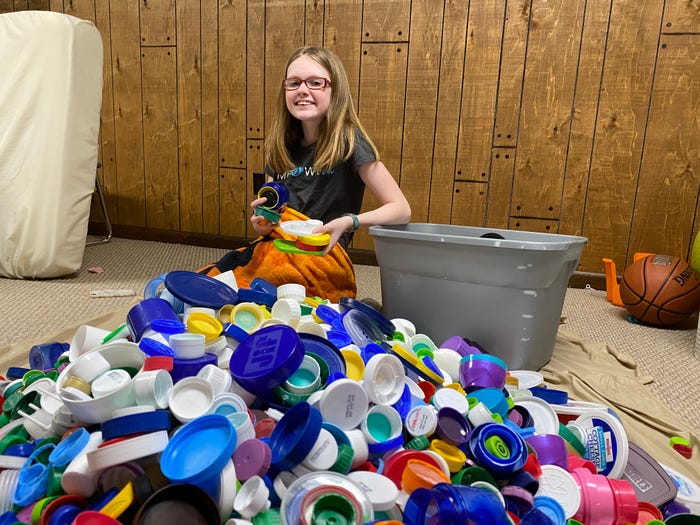 Sammie has now made over 150 ‘Buddy Benches’ and there are plenty more to come. 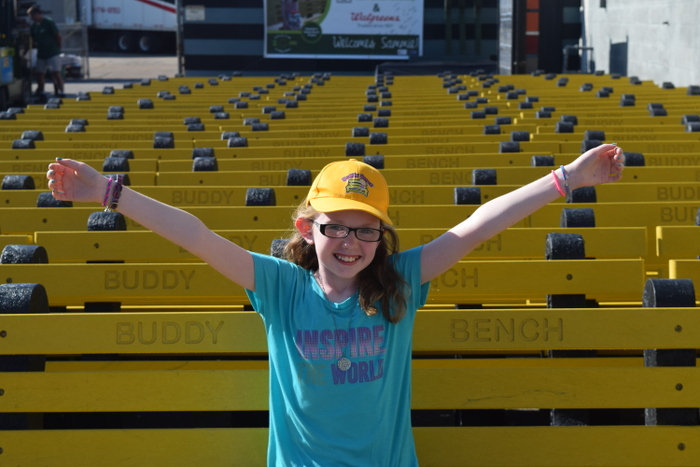 When the pandemic hit at the beginning of 2020 and schools were closed, Sammie’s benches stopped being used. But creativity cannot be stopped, and Sammie had a new idea to cheer people up when they needed it most, and so the Sending Smiles project was born.

Sammie created a small printable card that she would fill in and post to someone new each day to make them smile. 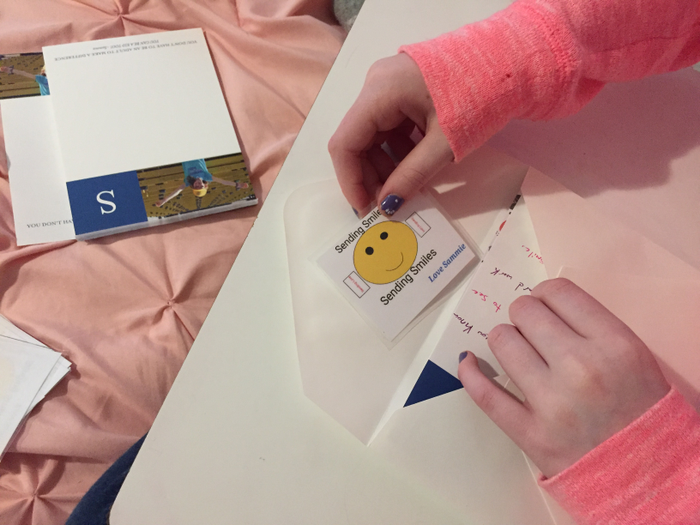 “It was a time where everyone was kind of down,” says Sammie, “and I think that it just shows that one simple act of kindness can make a big difference in someone’s life.”

Sammie has now sent smiles to 45 out of 50 US states, and countries including the UK and Tanzania. She has even sent and received smiles in braille from visually impaired children. For Sammie, this part of her work is the most rewarding.

“My favorite part about what I do is meeting new people,” says Sammie. “Everyone is similar and equal. And I encourage people to be kind to everyone.”

Rebuilding the world one idea at a time

Building benches, sending smiles and still finding time to be a kid seems like a lot to manage, but for Sammie it’s just the beginning. In addition to her projects, Sammie currently hosts her own podcast and has her first book coming out later in the year. 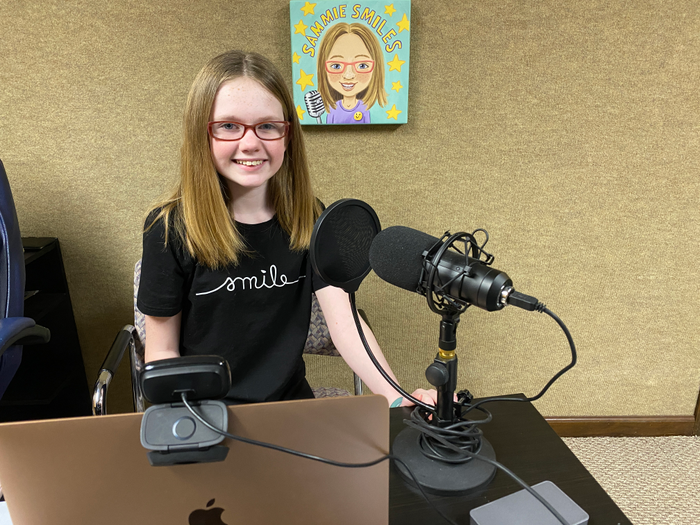 After enjoying so much success, we asked Sammie if she had any advice for any kids thinking of starting their own projects, and her advice was simple: start small.

“My project started with one bottle cap so if someone wants to start their own, they should start local, with their family or friends and then they can grow bigger. One small thing can make a big difference.”