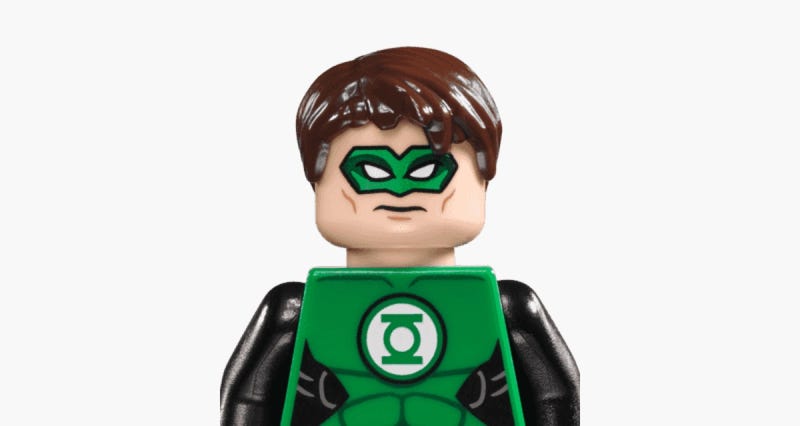 Green Lantern™ first appeared in 1940 in an issue of All-American Comics. The character fights evil with the help of a ring that harnesses all the willpower in the universe, enabling him to manifest and control objects made from solid green energy.

As well as working independently, Green Lantern is a member of a law enforcement agency known as the Green Lantern Corps – a large interstellar group consisting of fellow wearers of similar powerful rings. On Earth, Green Lantern is a frequent crime-fighter alongside the Justice League and fellow super heroes.

Green Lantern is an enduring super hero who has remained popular since his inception. As well as comics, he has featured in movies and an array of merchandise material, including Welcome to Apocalypseburg, one of the most iconic LEGO® playsets.