Save Ed and Edna from the shark army’s crab with Jay’s Lightning Jet in this thrilling THE LEGO® NINJAGO® MOVIE™ set. The jet has a handle for easy pick-up-and-play and maximum swooshability, plus an opening minifigure cockpit, spring-loaded shooter and trigger-activated rotating electro-disc. The crab features posable legs, a snapping pincer and 6-stud rapid shooter, and the set also includes 6 minifigures with assorted weapons to dial up the role-play conflict. 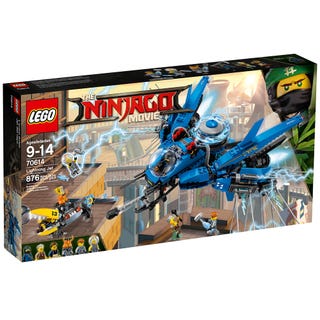