Before Sven Franic was a designer at the LEGO Group, he was a car mechanic. Tinkering under hood after hood, he thought only about one thing. To set off on the open road in an old-school Volkswagen campervan. In 2011, that wish came true when he bought Vincent, a light blue 1978 Volkswagen T2 camper van. Vincent is now firmly a part of the family and they haven’t looked into the rear-view mirror since.

Now, ten years later, the love he has for Vincent helped inspire our latest vehicle set. Preceded by the mega-popular 2011 LEGO® T1 VW Camper Van, the new, much-anticipated 1970s-style Volkswagen T2 model comes with all the same playfulness of the T1, but with some added 70s road-trip vibes – and in a larger scale.

As lead designer on the project and a big VW fan, Sven takes us through his inspiration and some of the set’s most spectacular features…

I was inspired by the VW community... 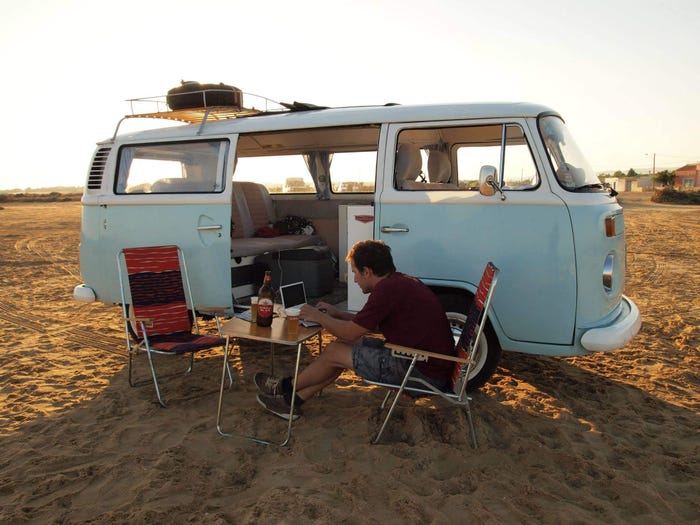 Sven during his trip to Algarve, Portugal

Part of the joy of having a VW is the sense of community that comes with it. On one trip to southern Spain and Portugal, our windscreen smashed in the middle of the desert and hornets started flying into the car. Luckily some local VW fans saved the day and set us up with a new windscreen and a place to stay. 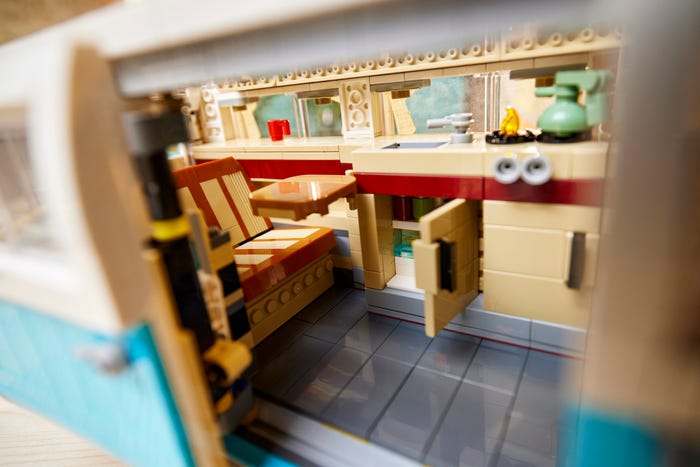 When developing a new LEGO vehicle, we always like to create a story around it. For this set, we played on the camping and festival culture associated with the VW van. To build on that, we included all the VW camper van essentials you’d need on any road trip, from a little sink to a tiny table. You can even open the little fridge and get yourself a banana! 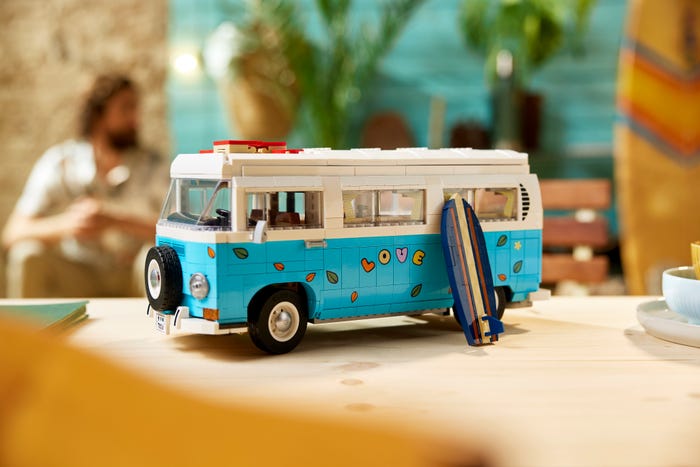 Along with the furniture, there are some fun accessories to build in the nomadic holiday theme. We made everything in bright, sunshine-y colors and added baggage, deckchairs and of course, one of my favorite pieces, the surfboard. You can even make it your own with a custom sticker sheet. 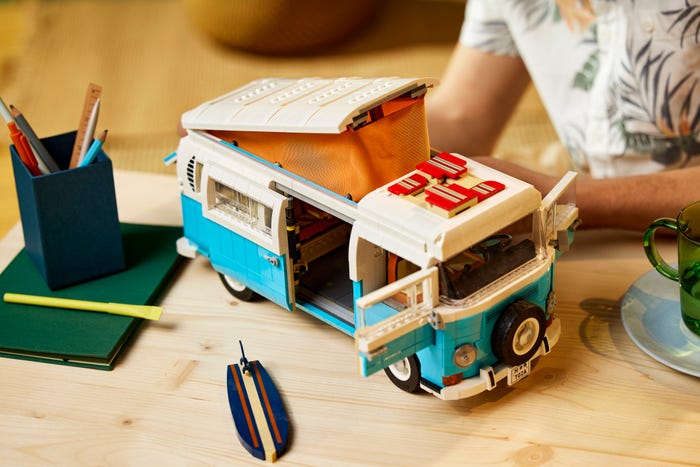 Designing this iconic door from LEGO parts was, however, a ginormous challenge. I’m sure I had 10 versions before I got it right. I’m a big fan of functions and the way LEGO bricks click together in general, so this is probably my favorite element of the set. 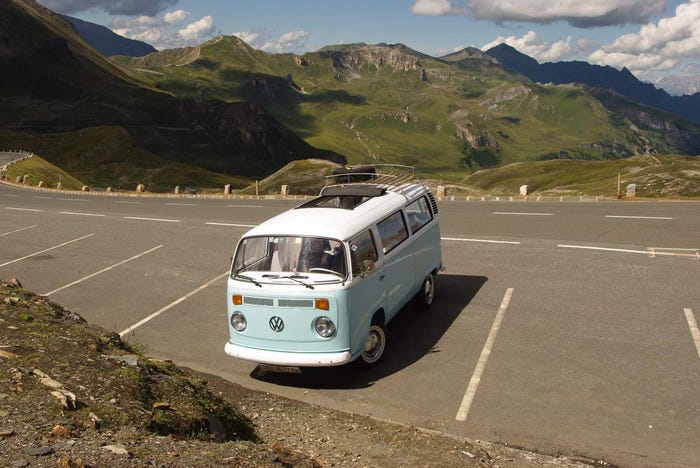 The engine of the T2 is the same as the VW Beetle and is a big part of what makes these cars so famous. As a mechanic and a VW fan, it was really important to me that we got the engine right (even if you can’t immediately see it). And because the LEGO system is always developing, this our most accurate engine to date. 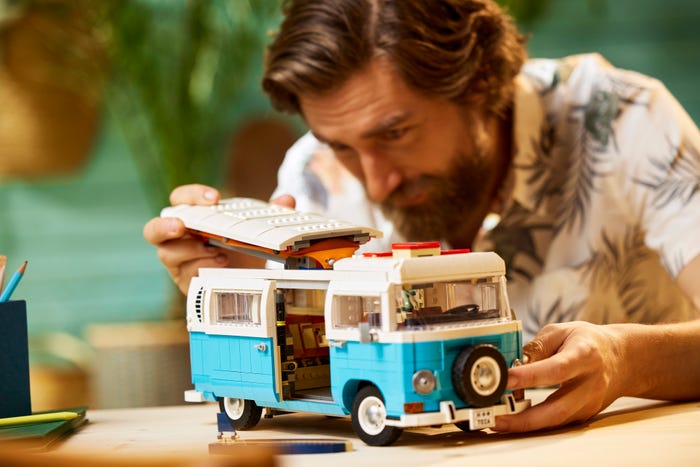 The pop-up roof was the most difficult element of the set. Part of what made it so hard to design was that it includes a large piece of fabric that had to fold in a certain way. In general, fabric doesn’t work well with LEGO bricks, so this was a huge challenge, but it paid off!

And last, but not least, the steering wheel 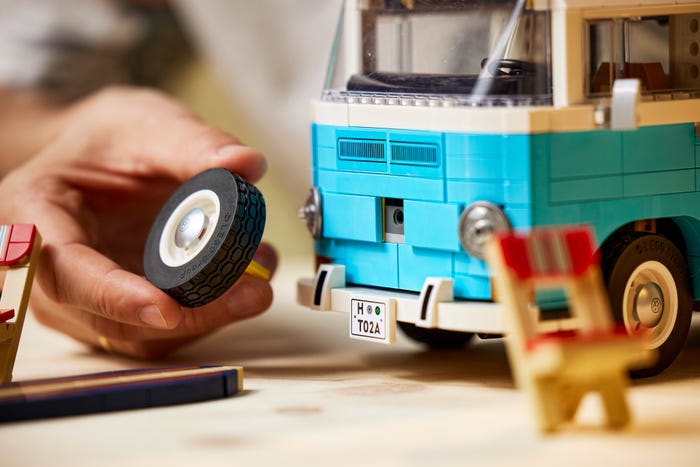 Finally, we added a cool little additional feature where you can control the steering with the tire on the front. This is not always a given with VW camper van models, but we really wanted to add it for the playability factor. 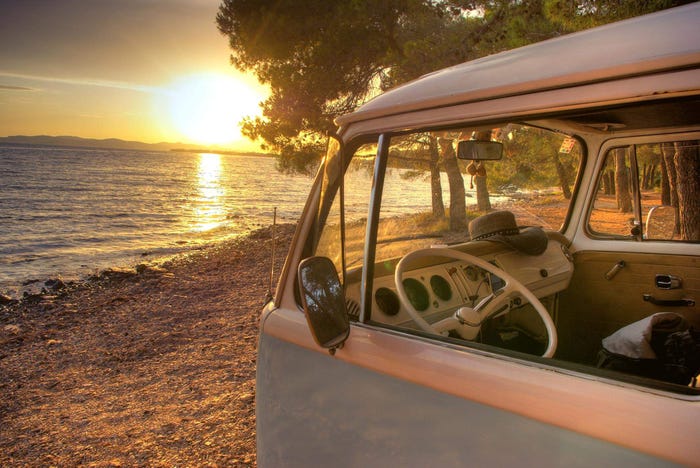 The T2 has to go down in history as one of the best, most iconic VW camper vans to have ever been produced. It represents the freedom of self-contained travel, 1970s hippie culture and an iconic moment in VW history. On behalf of Sven and the team, we hope you love building it as much as we loved designing it.

Trademarks, design patents and copyrights are used with the approval of the owner Volkswagen AG.