Few structures in the United States have the history and reverence of The White House. On July 16, 1792, President George Washington chose this James Hoban design from six competing designs submitted by renowned architects. This six-story sandstone structure is an example of Neoclassical Federal style blended with Irish Palladianism, and was designed to command respect for the nation by citizens and foreign visitors. The building was constructed between 1792–1800, and later rebuilt by Hoban following a fire in 1814. This LEGO® Landmark series interpretation of The White House was designed by US architect Adam Reed Tucker in collaboration with the LEGO design team. 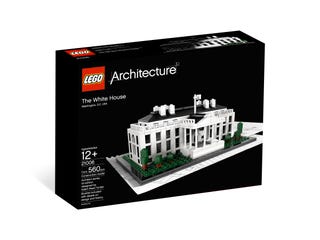