Back in 2007, we welcomed the arrival of a brand-new line aimed at one of our favorite communities, the Adult Fans of LEGO (AFOLs). We wanted to see if it was possible to take the fans’ love of 1980’s castle ‘modularity’ and add it to an entirely new expandable house concept. This, of course, was the LEGO® Modular Buildings, and since its very first set, it went on to become incredibly popular, with new sets eagerly anticipated around the world.

This year marks the 15th anniversary of LEGO Modular Buildings, so we’ve released a special set, one that’s been requested again and again by fans: the modular LEGO Boutique Hotel. 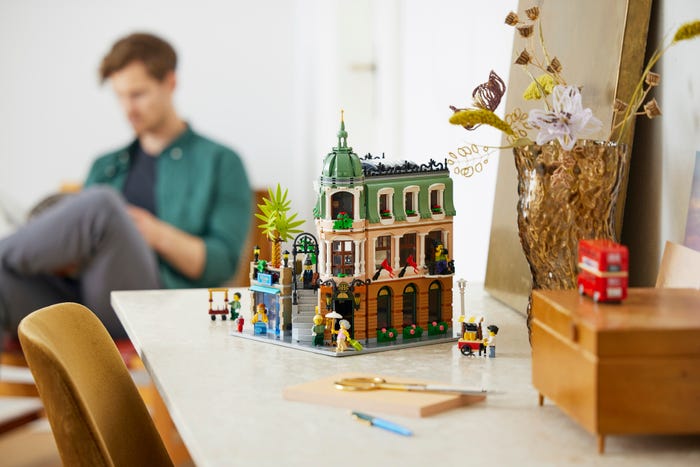 But this isn’t just any hotel. It’s one of the first modulars to feature a triangular geometry...and it also contains hidden Easter eggs that honor LEGO Modular Buildings of the past.

We’d love to tell you what these are now, but that would only spoil the fun of looking for them yourself!

In keeping with the theme, let’s take a trip down memory lane and look back at some past sets...

The first-ever LEGO Modular Buildings set was the Café Corner in 2007. During the design phase, a LEGO fan was invited to give feedback, and this led to several changes. 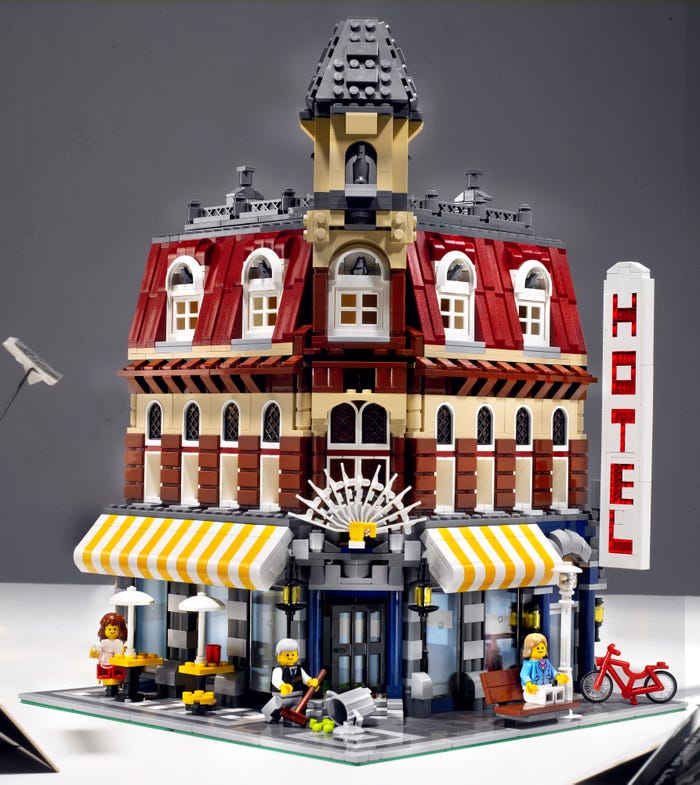 This building is loosely inspired by a corner building in Denmark, as well as other countries around the world.

Due to the extra space needed for the garage, the Fire Brigade was the first modular to be spread over two floors. 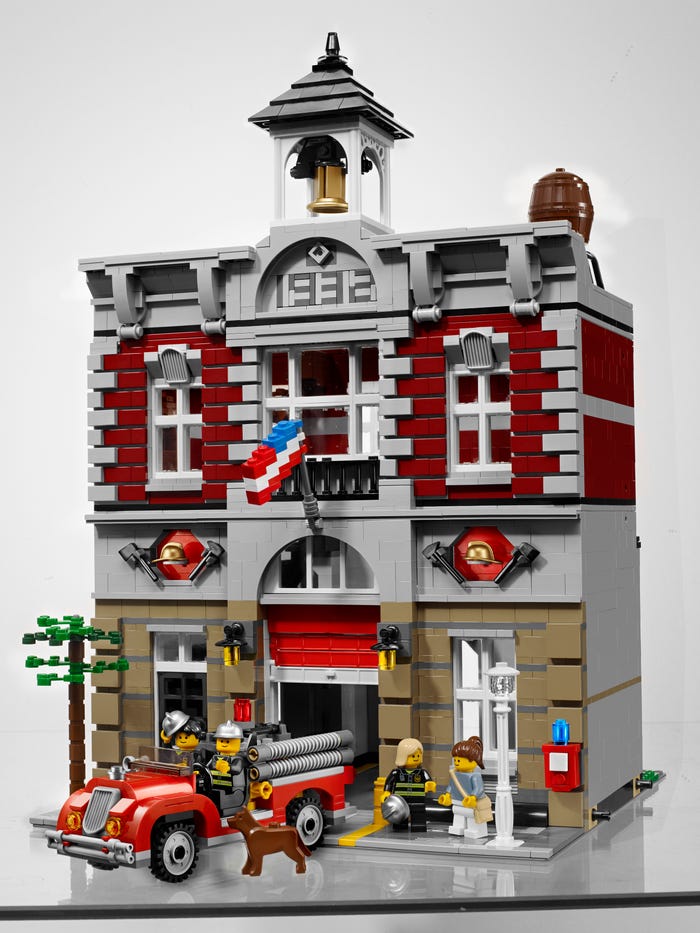 It was also the first modular to include a brick-built vehicle.

The tallest ever Modular Buildings set was the Town Hall, and the only one to offer an expandable elevator. 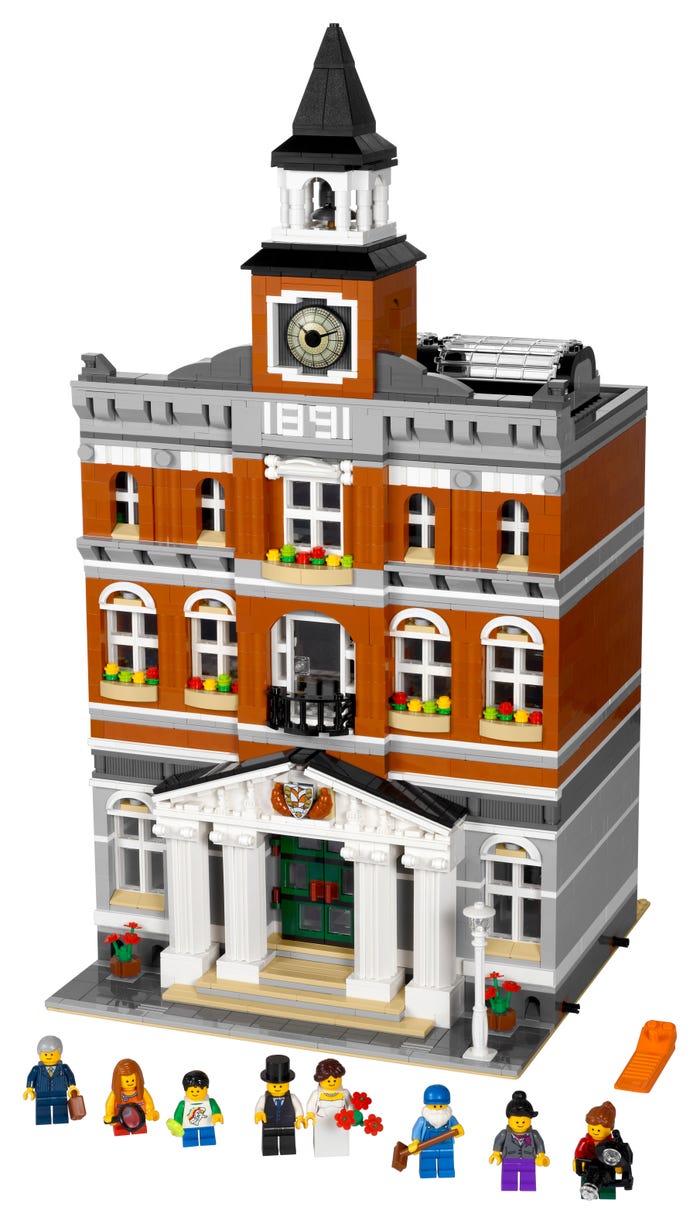 The shield decoration over the entrance was inspired by the crest of Billund (the town where the LEGO Group began).

Assembly Square (2017) had the highest modular piece count when it was launched. It was specially released for the 10th anniversary and is the first modular building to be larger than a 32x32-stud base. 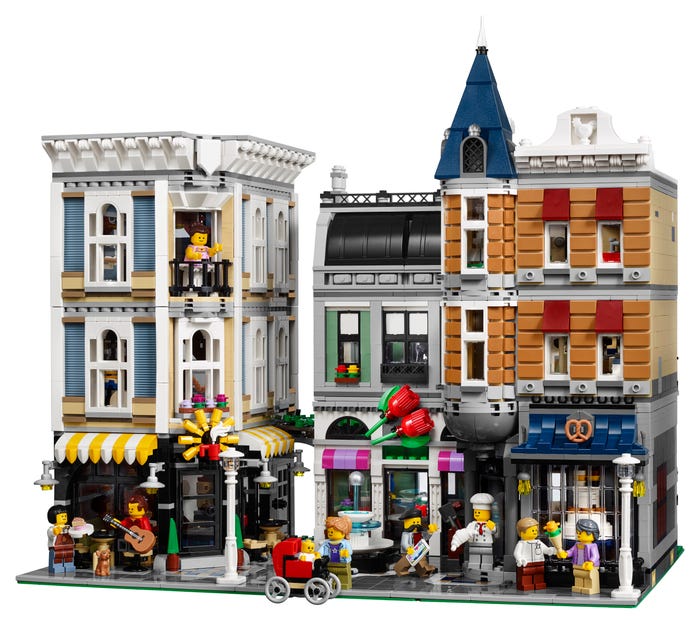 Assembly Square also has subtle hints to each of the ten sets that came before it.

But what is the enduring appeal of LEGO Modular Buildings sets? We asked some AFOLs from around the world to find out.

“It evokes a certain realism that you can associate with buildings in your own town,” says Allan Rodriguez, a member of a LEGO User Group (LUG) in Costa Rica. “It’s regular people doing their everyday jobs.” 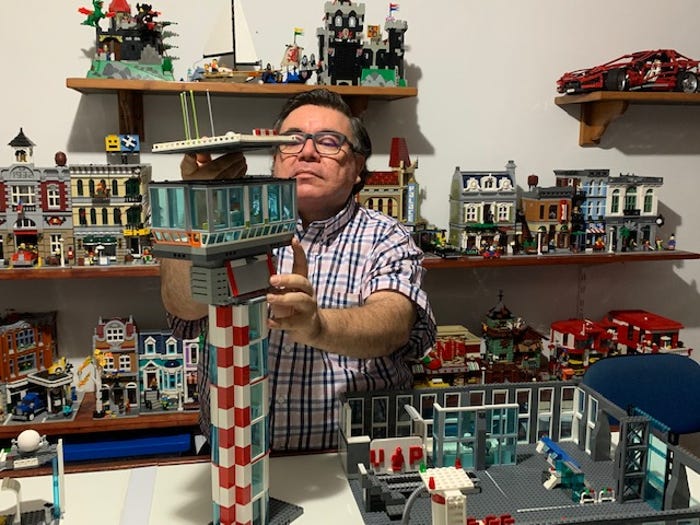 Allan adding some finishing touches to his creation

But, as with any LEGO set, creativity and play are never far away. Carlos Avila Arquin, a member of the same LUG, says “I like the chance to build your own city,” with a smile. “You can pretend that you are the mayor!” 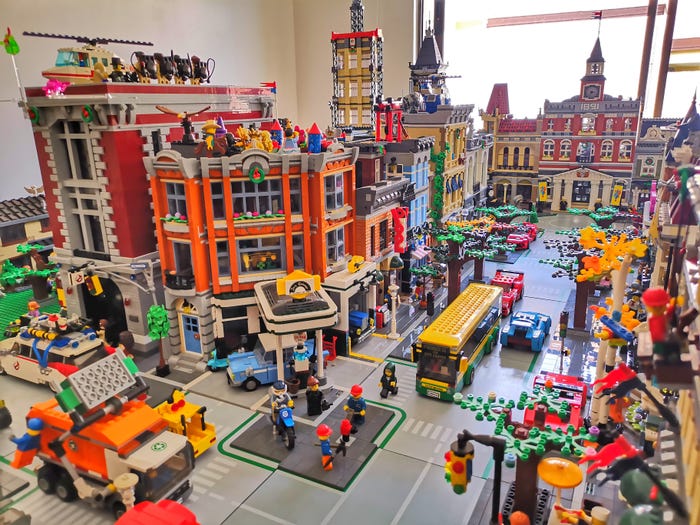 Carlos made his own town – impressive!

For Tricia Halverson Lenski, an AFOL based in the US, the sets were a way for her and her husband to spend quality time together. In fact, it’s become quite the tradition.

“We do a large holiday display, and we display them for about a month. The first year we opened it up to the public, and they loved it. I think we had 1,200 people come through our little show.” 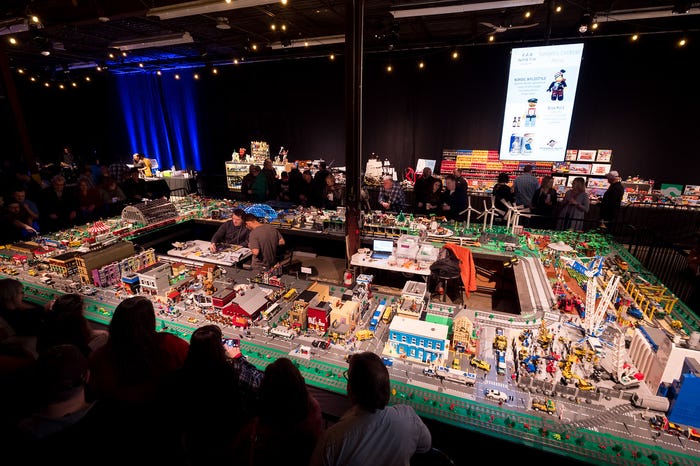 Enjoy your stay at our latest set

So, whether you want to add a new accommodation option to your ever-expanding modular village or if you’re looking for your first set, why not enjoy a stay at the modular LEGO Boutique Hotel? 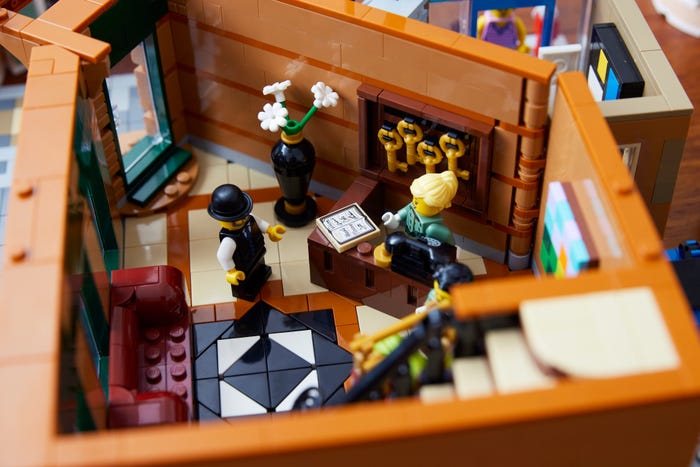 Your guests can drop their bags with the bellhop before checking in with the concierge in the fully tiled lobby.

Then they can select one of three different sizes of room including a luxurious penthouse on the top floor. You can even stop for a little refreshment at the terrace.

Suppose your guests feel like a bit of recreation. Might we recommend the newly opened Cubist art exhibit in Art Gallery next door?

The set includes 7 minifigures so you can role-play and recreate the glamour of turn-of-the-century European architecture.

So, join us as we celebrate the 15th anniversary of LEGO Modular Buildings with our brand-new set (and don’t forget to look for the Easter eggs)...

How we made The Beatles out of LEGO® bricks

Find out how our designers were able to make wall art of The Beatles by inventing a brand-new building technique!