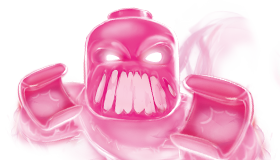 “Life finds a way.” Everything your young paleontologist needs to bring these Jurassic World™ dinosaurs back to life are these fun, action-packed T. rex sets and their imagination!
On slide of 6

Why Every Dinosaur Park Needs a T. rex

What is it about the T. rex that makes it one of the most popular of its long-extinct dinosaur cousins? T. rex dinosaurs have always been a bit of a mystery to us humans. Why did it have those tiny arms? Could it push itself back up if it was knocked over in a fight? Did it roar, and if so, what did a T. rex roar sound like?


It’s no wonder that T. rex dinosaurs inspire both awe, imagination and countless stories, movies and play scenarios for kids. With LEGO® T. rex sets, they can build and create endless versions of the classic, ultimate battle between man and beast for domination of our planet. Who will win?


Look for the age markings on the boxes to find the right one for your young dinosaur expert!