There aren’t many people in the world who can say they created the art for the famous DC comic books.

But one person who can is Jim Lee, the Publisher and Chief Creative Officer of DC.

Jim Lee is a legend in the comic book world and generally, a super great guy.

He has transported comic book fans into a whole new world with his contribution to the Batman™ universe. And similarly, the process has brought him plenty of joy, too.

“It was a great escape from my daily stress of being in a different culture. Just sitting down and getting to draw a world full of super heroes.”

We were lucky enough to catch up with him, plus the highly recognized colorist in the comic book world, Alex Sinclair.

Together they created the original artwork for LEGO® Art and sat down with us to talk about life, super heroes and, of course, the eye-popping LEGO set. You can listen to the full audio experience here.

Watch our video to discover all the possibilities within the super hero-worthy 3-in-1 LEGO® Art Jim Lee Batman™ Collection! 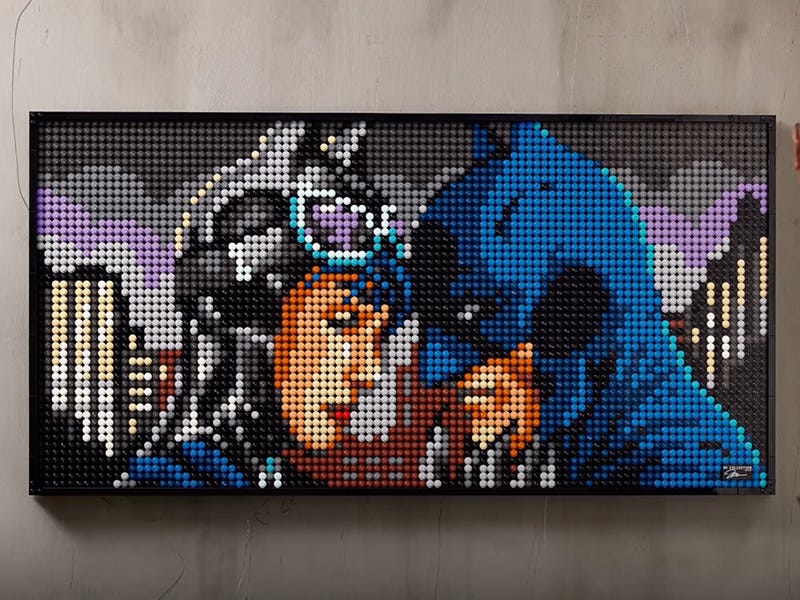 Jim Lee’s passion for drawing began at a young age.

“I was always drawn, no pun intended, to comic books. When my family immigrated to the United States, I didn’t speak any English so comic books were a great way for me to take in entertainment without understanding all the words,” explains the Korean-American artist.

“I could just look at the pictures and understand the story.”

Some of the main influences in his youth were artists like Frank Miller, George Perez and John Byrne.

If you’re new to the world of comics, Jim recommends Batman: Hush™ as a great entry point to the universe.

“It’s a great intro story because it’s fairly complete. And we kind of walk you through who’s who – the greatest hits of Batman’s villains.” 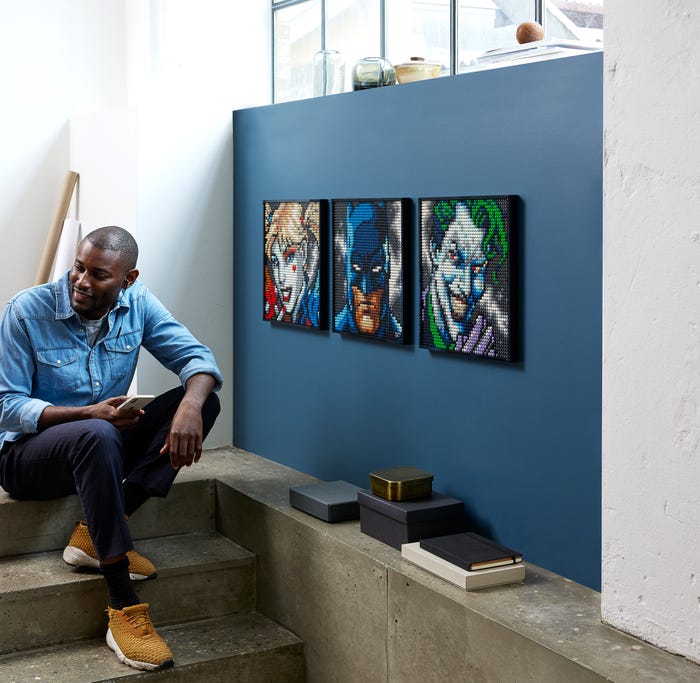 Whether you’re a super hero or supervillain fan, the new LEGO® Art set can be built into one of three iconic comic book characters: Batman™, Harley Quinn™ and The Joker™.

So, how were the characters chosen for the LEGO set?

“You have to have Batman and The Joker... and so who that third character was... we spent some time talking about.”

“We also wanted to have a variety of looks,” Jim recalls.

The obvious choice in the end was The Joker’s chaotic accomplice and ex-girlfriend, Harley Quinn.

“A character... without superpowers but at the same time very much empowered and a force to be reckoned with,” says Jim.

For Alex Sinclair, Harley holds a special place in his heart. He worked on the first ever Harley Quinn comic book series in the early 2000s, and even named his youngest daughter after her.

If you buy three LEGO sets, you can display each character side by side for an impressive statement wall piece. Pretty cool. 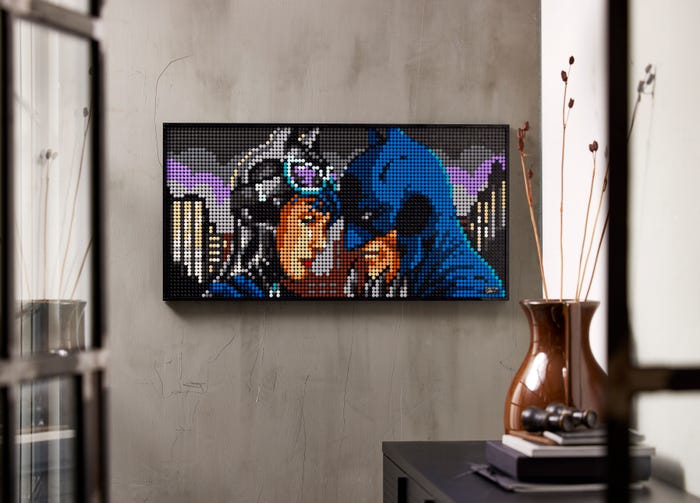 Fun fact: if you own two LEGO® sets you can build a bonus Jim Lee original design of iconic lovers, Batman™ and Catwoman™

Jim Lee has the most fun when creating comic book covers.

“It’s the first impression that anyone gets of the work... and your job is to really grab their attention as they’re walking by a row of books in a comic book shop.”

He says that Jim’s superpowers would be “his incredible ability to draw the heck out of whatever he wants to draw. Beyond that, he’s also a very generous artist... bringing in talent... and helping other artists to develop.” 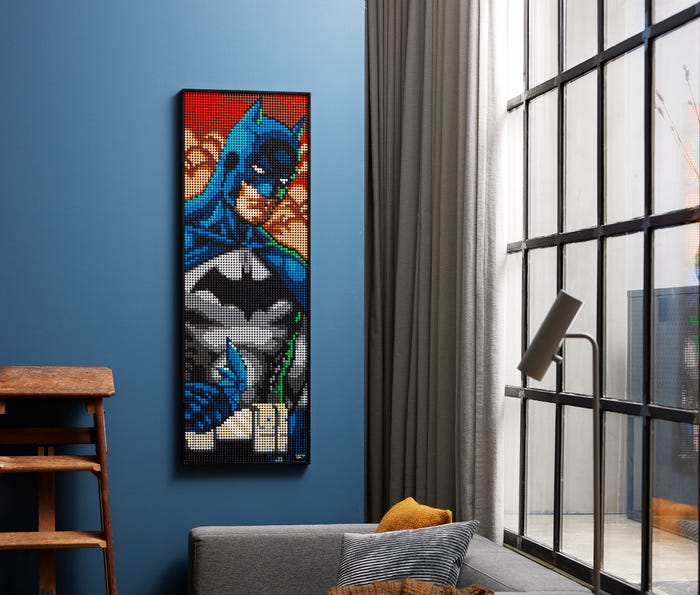 This LEGO® set can be built in five different ways. If you own three sets, you can build this special Jim Lee portrait of Batman™

When we asked Jim about Alex, he said, “in my head I’ll have a sense of what it’ll look like in color, but then he [Alex] always delivers something more spectacular and does it with such grace and under pressure.”

It was no different for this project. However, they did have to overcome some new challenges when working with a LEGO® set.

Sketching for a LEGO® set 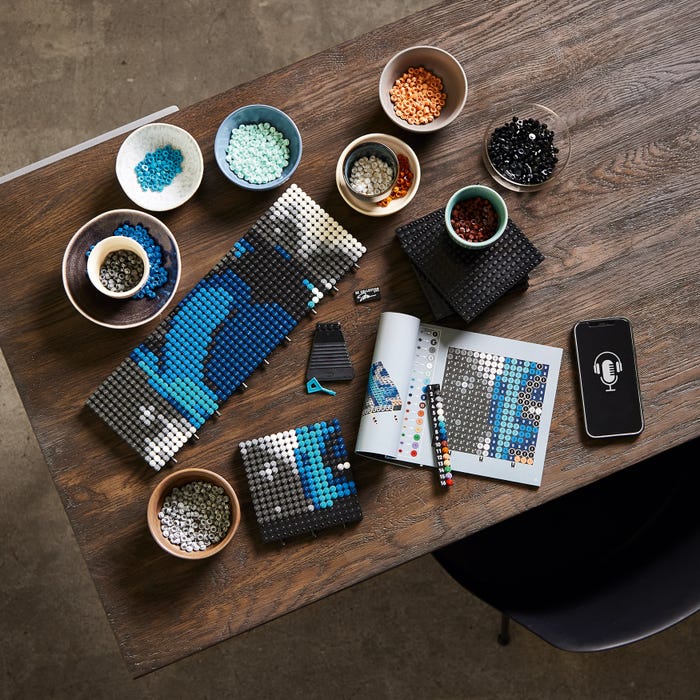 “We have our style and so how do you translate it given these parameters, and still make it look visually aesthetically cool, but also recognizably ours and I think that was a big hurdle,” says Jim.

“First, it was converting the mindset to a different medium. And knowing the image was in a square format was one of the largest considerations.”

They had to find a way to let the character’s personalities shine through, despite the tight crop on their faces.

“The Joker was probably the easiest because he’s so identifiable. You can just do the eyes and you’d probably still know who it is”, says Jim.

Alex also had a challenge of his own. Usually, he works with a million different colors. “That was my main challenge, create the level of depth that I’m used to but only with a limited palette.”

Making it a reality 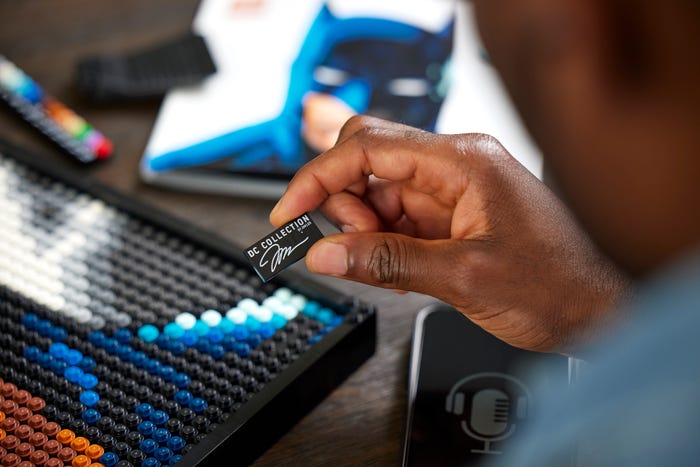 So, how did the drawings come to life? Talented LEGO® Designer Kitt Kossmann was the person for the job. She worked with Jim and Alex to bring their art to a three-dimensional reality.

“Realizing every dot was critical... it was fascinating seeing her style and translating into the LEGO style,” says Jim.

“I was blown away by how incredibly close to the art the final product looks... it actually looks like a Jim Lee drawing,” says Alex.

Batman™ is adored all over the world and is passed down through the generations through comic books, films and more. Even though he’s fictional, he’s a reminder that there’s a whole lot of good in the world.

With Batman’s nemesis as another build option, this LEGO Art set is a symbolic contrast between justice and chaos, making it a one-of-a-kind collectible for DC fans to cherish and display with pride. The exclusive portraits come with a signature tile with Jim Lee’s name on, ready to hero in your home.

For more, listen to the full interview with Jim Lee and Alex Sinclair here.