Excite any LEGO® builder or fan with this 75254 Star Wars™ AT-ST Raider vehicle. This brick-built Star Wars construction toy features the same cannibalized look of the walker from the hit Star Wars TV series, The Mandalorian, including jointed posable legs, a turning turret that opens up to reveal a detailed interior with space to sit a minifigure, plus 2 firing shooters. The set also includes Star Wars characters The Mandalorian, Cara Dune and 2 Klatooinian Raider minifigures to really get the action going. 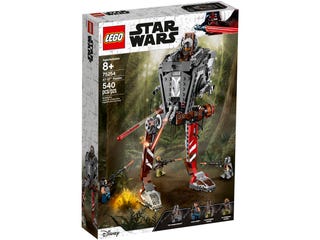 Overall RatingAverage rating4.7out of 5 stars
4.7
(22 Reviews)
95% would recommend this product.