Patrol the streets of Capital City in the twin-legged LEGO® Star Wars AT-DP military walker! Rebels have been reported in the area, so jump into the cockpit, close the hatch, load the twin spring-loaded shooters and get ready to escort Agent Kallus and the Stormtrooper as they go in search of rebels. Includes 4 minifigures with assorted weapons: Agent Kallus, Stormtrooper and 2 AT-DP Pilots. 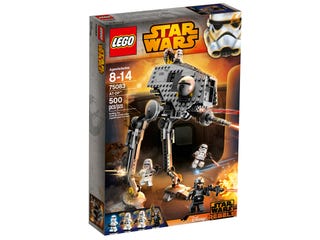