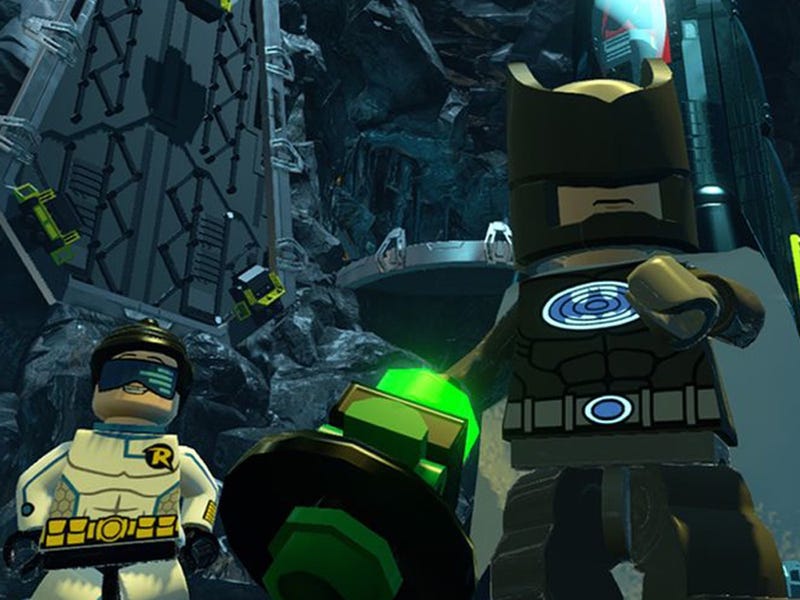 In LEGO® Batman™ 3: Beyond Gotham, the Caped Crusader™ joins forces with the Super Heroes of the DC Comics universe and blasts off to outer space to stop the evil Brainiac™ from destroying Earth. Using the power of the Lantern Rings, Brainiac shrinks worlds to add to his twisted collection of miniature cities from across the universe.

• Exciting space combat – For the first time ever, battle with Batman™ and his allies in outer space and the various Lantern worlds including Zamaron and Odym.

• Robust roster of DC Comics heroes and villains – Play and unlock more than 150 unique characters with amazing powers and abilities, including members of the Justice League™, and BIG LEGO® figures such as Solomon Grundy and more.

• Unique storyline with new plots and twists – Surprising disguises, Brainiac’s mind control ability, and the power of the Lantern rings bring a whole new twist to characters you thought you knew.

• Hack computer terminals – Enter a virtual world to escape mazes, battle in arenas, and race to find the code.

• Bat-tastic Gadget Wheel – With a simple press of a button, choose and upgrade select character’s suits and abilities.

• Iconic locales – Visit the Hall of Justice, the Batcave™, and the Justice League Watchtower to access shops, trophy rooms, and the hero and vehicle customizers.