Inventors often start young, and Fatima Alkaabi is no exception

She was seven years old when she first discovered her passion for innovation and inventing. Encouraged and supported by her parents and eventually even by the government of the United Arab Emirates, she developed a series of brilliant inventions. Fatima’s inventions include a smart steering wheel that stops drivers from texting while driving, a vibrating belt that alerts hearing-impaired people when someone is speaking, and a robot that attends school in place of sick children.

Fatima is 18 now and her wonderful work hasn’t gone unnoticed. To date, she’s won the Abu Dhabi Award, the UAE Robot Olympics, the UAE Pioneer Award as UAE’s youngest inventor, the Arab Award for the Best 10 Inventors and Innovators of 2015, and the Sheikha Fatima bint Mubarak International Award for Arab Youth. In fact, if her next invention was an expanding shelf to hold her growing collection of awards, we wouldn’t be surprised! 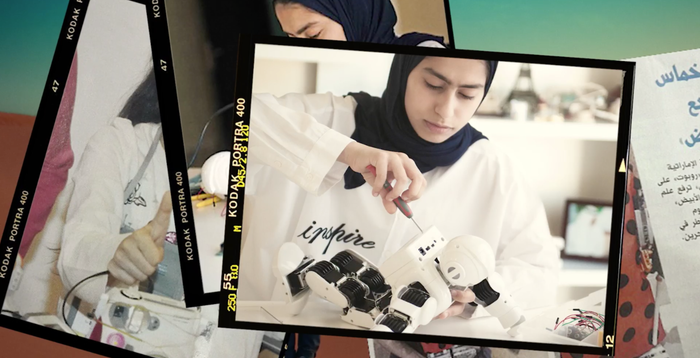 Even with her successful career keeping her busy, Fatima is also committed to sharing her knowledge, passion and skills with the next generation of innovators. Through volunteer tutoring and workshops, she has shared her passion for and knowledge of the sciences with more than 3,000 students across her region.

But there is one particular student in whom Fatima has a special interest: her 8-year-old sister Shaikha. 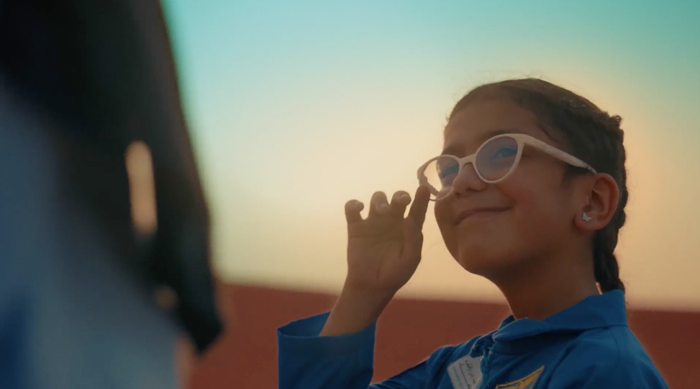 Sisters who play together, create together

Shaikha shares her older sister’s passion for all things innovation, and they can often be found prototyping new ideas and inventions out of LEGO bricks.

“When I look at my little sister, I see her curiosity and her creativity,” says Fatima, “and I just hope she can keep those things as she grows up.” 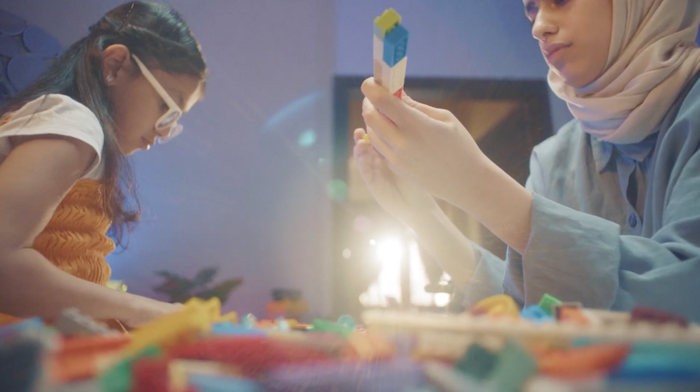 Sadly, lots of girls don’t. Pressure from society, lack of role models and other forms of gender discrimination have historically worked together to keep girls and women excluded from the world of science, technology, engineering and mathematics (known together as STEM).

Around the world, girls and women are underrepresented in STEM in both an educational and professional setting, but there are many, including Fatima, working hard to change this. She wants to build a better, more accessible world for her little sister and for other girls like her. 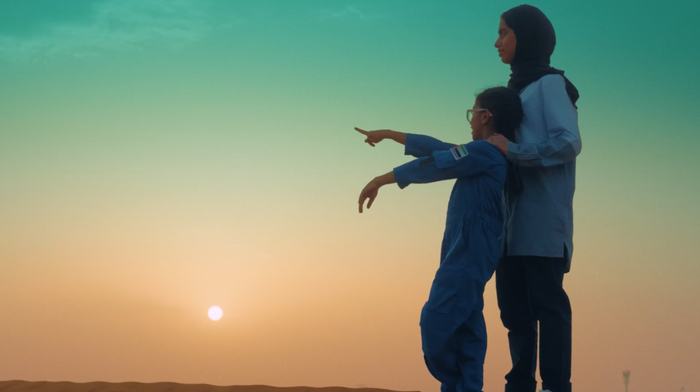 At this point, it would seem fitting to say that, for Fatima and Shaikha, the sky is the limit. But actually, they’re thinking a little bit beyond that. They’re thinking about space.

Building a world without limits

We wanted to team up with Fatima and Sheikha to show kids all over the world, especially young girls, that there is no limit to their creativity and imagination. We asked them: what would you build to take with you to outer space? Together, they designed and built an awesome space rover – so awesome, in fact, that it’s about to be displayed at the Mohammed Bin Rashid Space Centre, the home of the United Arab Emirates space program! 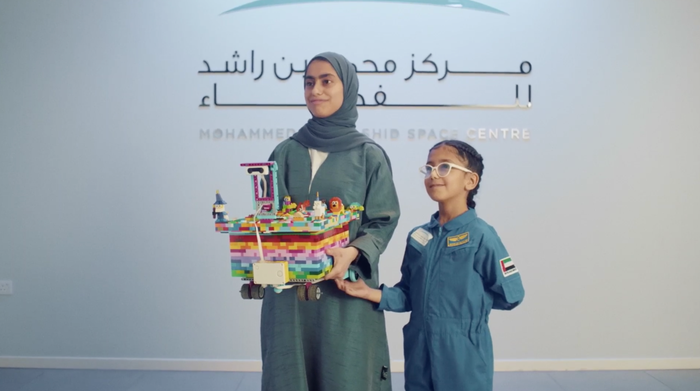 The rover is packed with motors and sensors, including a frontal ultrasonic sensor that acts as eyes. 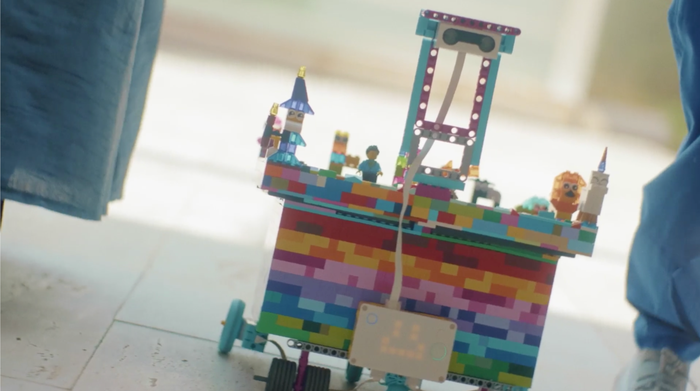 “It spots any obstacles in the way of the rover and makes sure it doesn’t drive into anything,” says Fatima, discussing her design. “It mimics the cameras on the actual rover. The white box is the ‘brain’ of the robot. It’s what tells the robot what to do and it is connected to the sensors and motors.”

But this rover isn’t just about practical features. It’s also packed to the brim with playful creativity and fun.

“Shaikha wanted to put some of her favorite characters that she worked on over the years on her rover,” says Fatima. “She wanted the little characters that got her started with LEGO building to be part of this big project that she’s sending to space. She picked all kinds of characters, including animals like turtles and unicorns.”

The final rover is the perfect blend of curiosity, creativity and play, and it’s emblematic of everything that we stand for. And it also stands as a testament to the creativity and capability of girls like Fatima and Shaikha. Girls who want a better world and are perfectly willing to build it themselves. 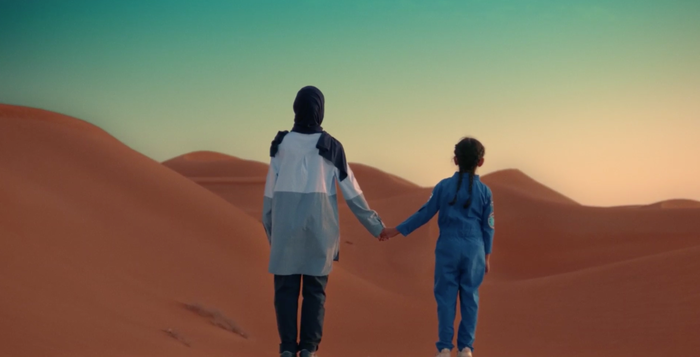 We asked Shaikha what she wanted for her future, and her reply was perfect.

Given everything that she and her sister have achieved so far, and given they’re both still so young, we’re sure she’ll make it up there in no time.