110 years ago, shipbuilding history was made. After three years of the hard work of 15,000 people, the Titanic left the river Lagan in Belfast to begin its journey in Southampton.

Nearly everything about the ship was a first. It was built in the biggest slipway of its time and even its center anchor was the largest ever forged, weighing in at 16 tonnes!

It’s a story of determination, and here at The LEGO Group we’ve always been inspired by pioneers – by those who want to try harder, build bigger and test new waters. Which is why, 11 decades later, we’re paying tribute to one of history’s most important ships with one of our biggest LEGO sets ever created, the Titanic. At such a scale, it would almost be irresponsible of us not to lend a helping hand in how to display such an epic build! So, we’ve roped in some of our big-set-loving AFOLs (Adults Fans of LEGO) to help you with their top tips on how to display massive LEGO sets…

Think outside of the display box

Cape Town-based AFOL Timothy Snyders had to get creative when it came to housing his two biggest builds, the Millennium Falcon and Hogwarts Castle.

“I converted the linen cupboard into a display cabinet. Both sets sit there behind a custom glass plate.” 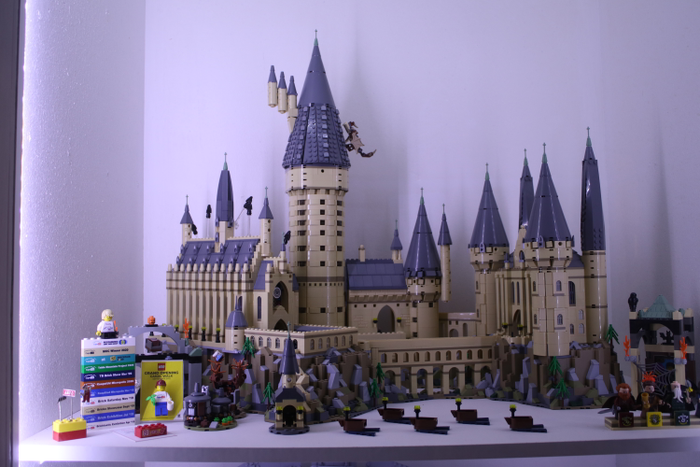 Timothy’s LEGO Hogwarts Castle display, inside a converted linen cupboard! He suggests looking for the hidden nooks and spaces at home that can be reimagined.

It’s all about the angles

Marc Philippi, a big-set fan from Germany, puts a lot of thought into the optimum angle to display each piece.

“Most LEGO sets are miniature worlds, so it’s usually best to look at them from above. In saying that, some sets, like the car models, look great on shelves close to the ceiling.”

You can also use angles to build the story around your display. If your set is an airplane or spaceship, why not set your piece at a 45-degree angle to give the illusion of flight? 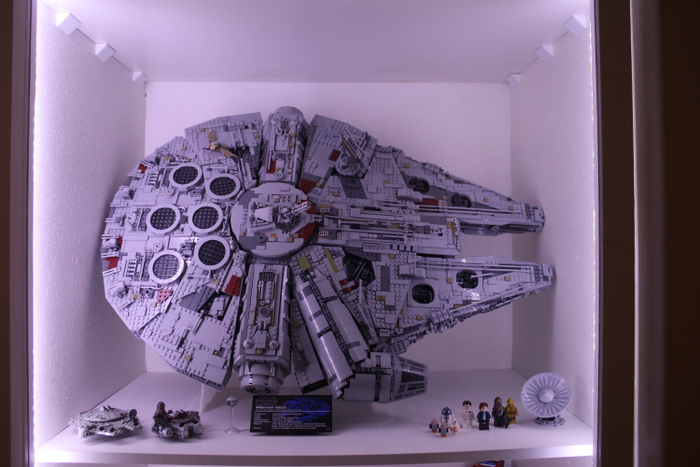 Timothy shows us how to display the LEGO Millennium Falcon at an angle!

Both Marc and Timothy recommend aligning your sets with the style in the room. If a room in your home is fairly minimalist, the Titanic set might not work as well as some sleeker sets with cleaner lines. Instead, put it in a space where its traditional grandeur can shine through. 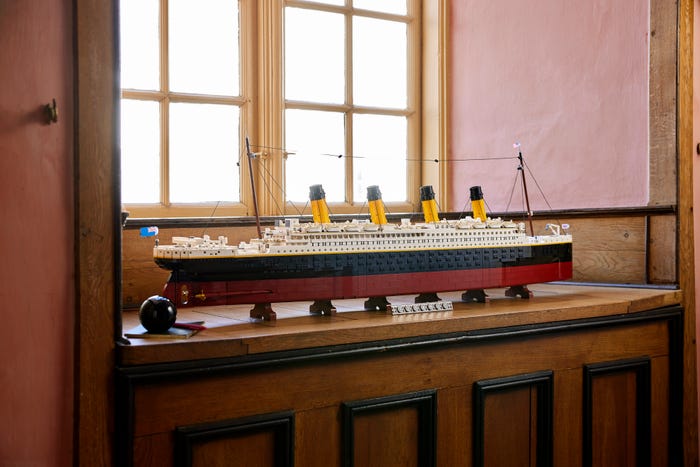 Think of your sets as works of art and display them accordingly, says Marc. “I try to take my LEGO sets seriously. They are objects in my home that I want to display. I want to show them off and display them the way they should be, so I try to give them space and try not to make things too cluttered.”

Get crafty with your displays

“Showcases are great, but they are expensive”, Marc told us.

To make the most of your pieces and to ensure stability, both AFOLs recommend playing around with different displays. You can use computer monitors, plinths, shelving and glass to keep your set safe and well presented. 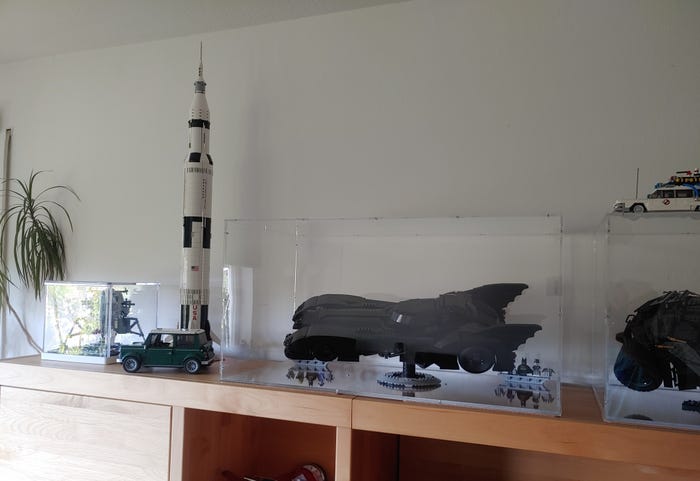 Make it an exhibition, not a museum

“Think of your space as temporary. When I lived in a smaller apartment, I made space for bigger sets for a period of two months and then either swapped them or put them back in the box,” says Marc.

The great thing about seeing your set as an exhibition is the freedom to tell more of a story. Timothy uses minifigures to create a narrative in his street: “I love the idea of not only creating the facade, but the interactive and play element in it and changing the configuration when I want to”.

Shine a light on it

Most of all, display it with pride 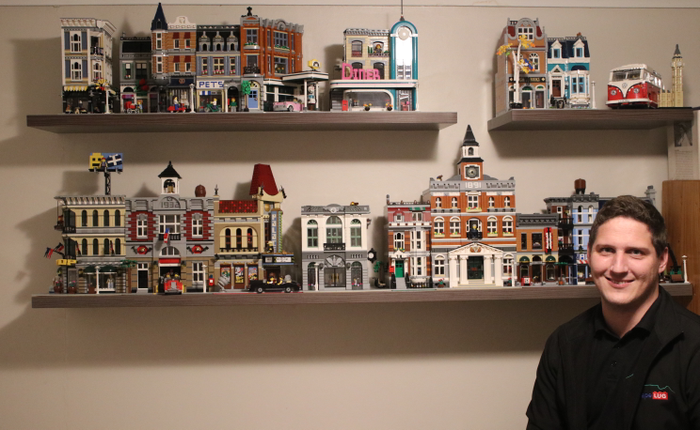 “Ultimately, you need to enjoy it,” says Timothy. He adds: “The whole idea behind LEGO [building] is to play well and have fun. I like to make my sets focal, so I can show my friends and family my enthusiasm for it. Just go for it and spread the joy through the display”.