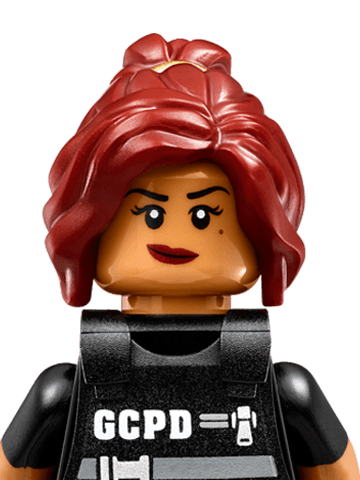 Growing up as the daughter of Gotham City’s top cop has given Barbara Gordon a strong background in law and order. But as much as she respects her father’s experience and wisdom, she believes that the city would be better served by a more modern style of policing. Now that Jim Gordon is retiring, it’s time for a new kind of Commissioner Gordon to clean up the streets and she wants to work together with Batman to achieve this! Bat-Fact: Wore her SWAT gear to prom.