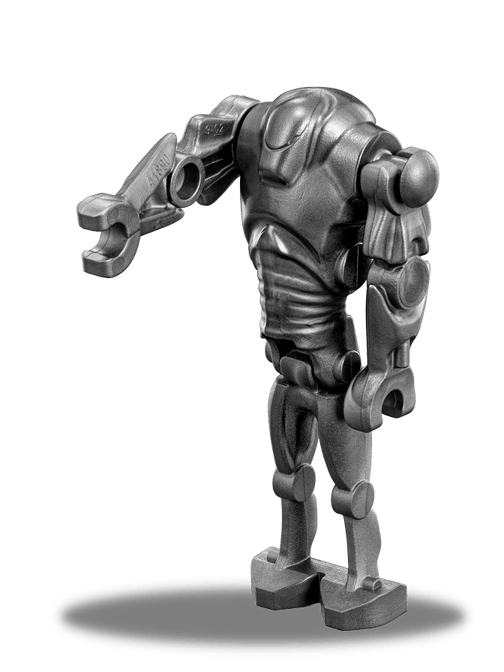 B2 super battle droids are bigger and tougher than the Separatists’ standard battle droids. With their upgraded armor and built-in weaponry, they are a danger to clone trooper and Jedi Knight alike.