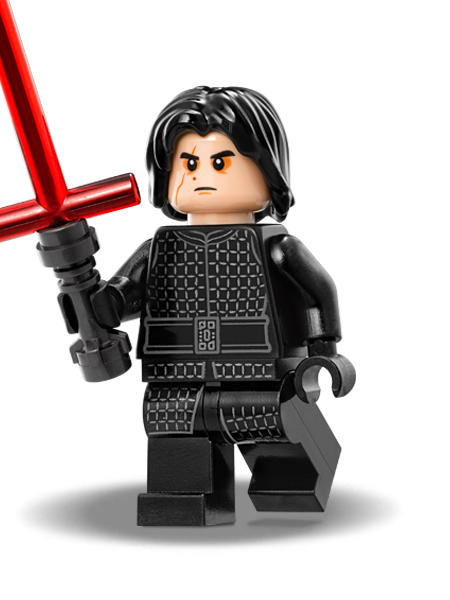 Being the son of two Rebel legends, Han Solo and Princess Leia, one would expect Kylo Ren to be a champion of the light side of the Force. Yet, Supreme Leader Snoke turned him to the dark side. As Snoke’s apprentice, Kylo has learned to master the Force, which makes him a dangerous enemy of the Resistance. Combined with a fiery temper and a fearsome lightsaber, Kylo is a force to be reckoned with!