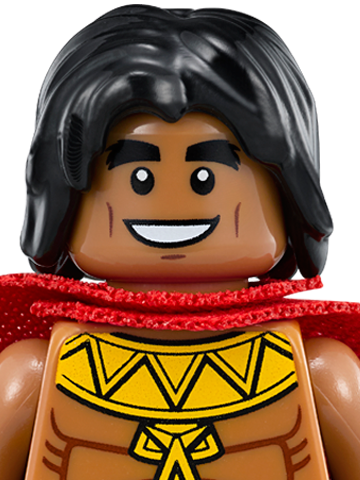 The mysterious El Dorado is one of the most enigmatic members of the Justice League. He can teleport himself and other objects by wrapping them in his cape, and create illusions of solid light to trick and trap his foes. He might also have super strength, laser eye beams, or possibly telepathy. No one knows exactly how he got his mighty powers, and El Dorado isn’t saying. Maybe he likes keeping it a secret…or maybe it’s just that nobody has asked him yet. Bat-Fact: I found El Dorado once. The legendary long-lost city of gold, not the guy.