Batman™ vs. The Penguin™ & Harley Quinn™ 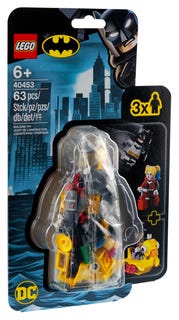