Battle the cave spider and the endermen, retrieve valuable ores from the chest and collect the eyes of ender to activate the End portal! Enjoy hands-on Minecraft™ adventures featuring your favorite characters and objects with this LEGO® Minecraft set—designed for young fans of the highly successful sandbox video game. Includes a Steve minifigure, plus 2 endermen and a cave spider. 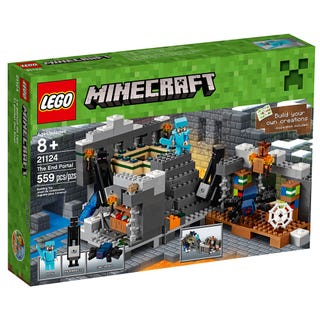