Master the art of Spinjitzu with 70659 Spinjitzu Kai LEGO® NINJAGO® spinner. This ninja toy features Kai’s NINJAGO Spinjitzu Tornado of Fire spinner with a new-for-January-2019 spinner element and 3 attachments for attack, defense and speed Spinjitzu modes. Experiment with different techniques, create your own challenges and compete against your friends—the possibilities are endless. This creative toy includes a Kai minifigure with a katana, plus 3 buildable display racks for attachment weapons and elements. 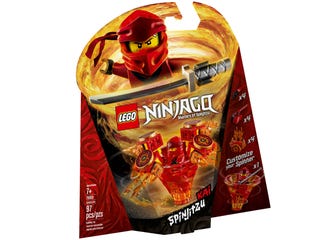