You’re invited to a trip down memory… galaxy. See the story behind our five exclusive, collectible 20th Anniversary Edition LEGO® Star Wars™ sets, and your favorite characters, memories and models from the last 20 years.

20 years. More than 400 sets, from the smallest keychains to Ultimate Collectors Series sets with thousands of bricks. Here are some of our favorite LEGO Star Wars memories and models, from 1999 to 2019.

Fire up your engines for epic battles between the Empire and the Rebels with this reinterpretation of the 7667 Imperial Dropship™ from 2008. 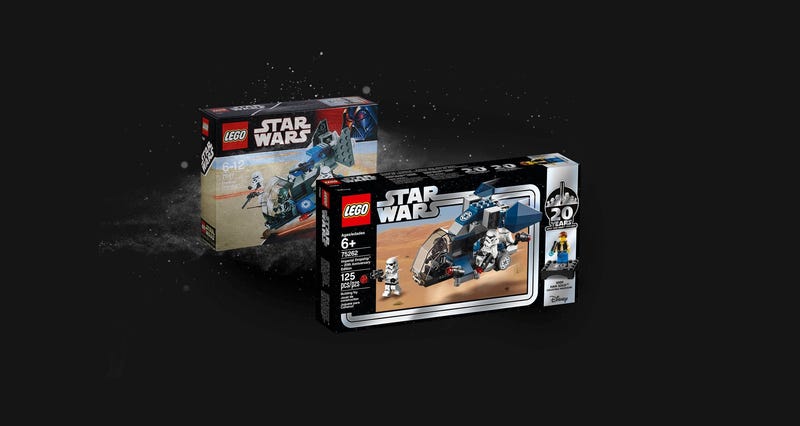 A new version of Boba Fett’s notorious Slave I starship with a handle for play or display and 4 minifigures, including Han Solo in carbonite. 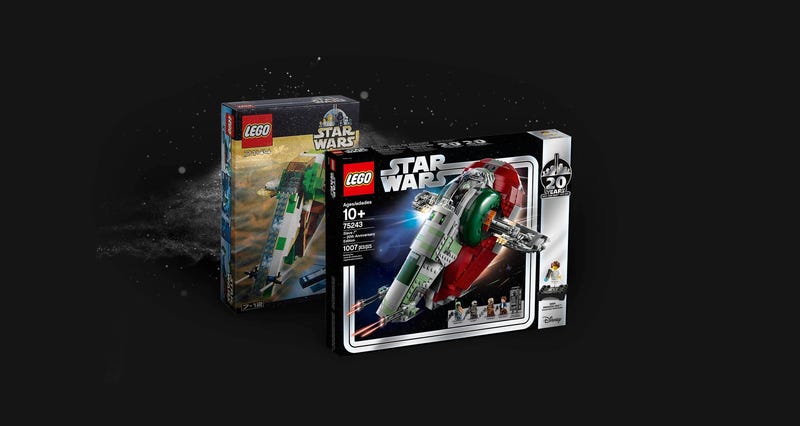 We recreated some of the most iconic LEGO Star Wars minifigures, based on their original designs, for the 20th Anniversary sets. It’s almost as if they haven’t aged a day…

Protect the Wookiee warrior from the armored AT-RT Walker™ in this iconic battle set based on the 7250 Clone Scout Walker™ set from 2005. 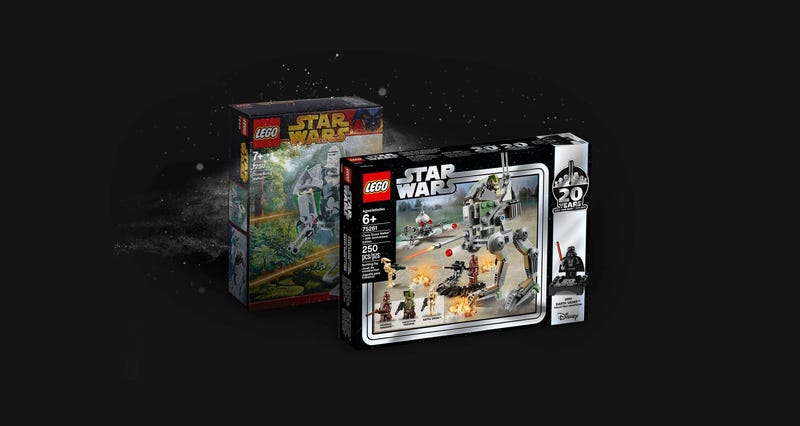 Recreate the Battle of Hoth with a new version of the 7130 Snowspeeder™ from 1999. 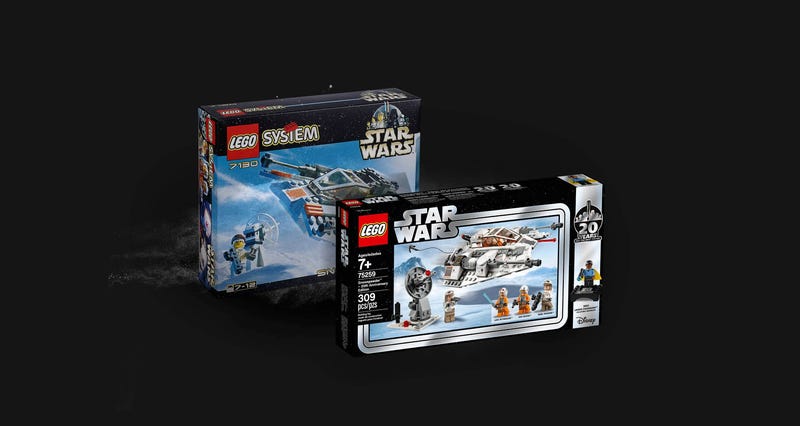 The canyons of Tatooine won’t know what hit them! This new Podracer, based on the 7131 model from 1999, comes with a handle for play or display. 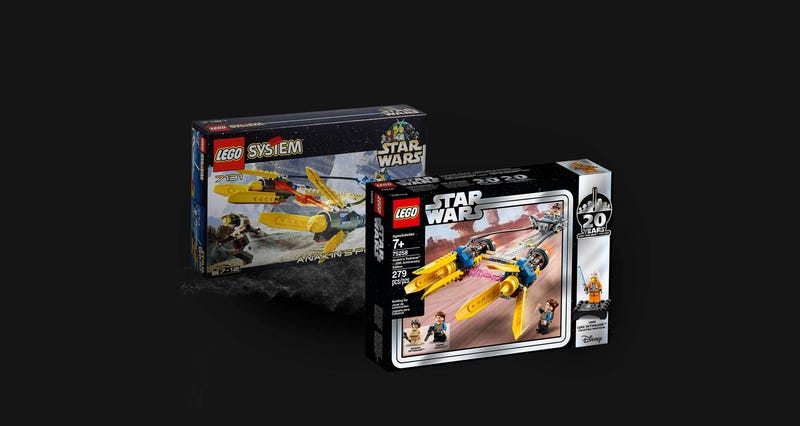 LEGO® STAR WARS™: THE SKYWALKER SAGA software © 2022 TT Games Publishing Ltd. Produced by TT Games under license from the LEGO Group. LEGO, the LEGO logo, the Brick and the Knob configurations and the Minifigure are trademarks of the LEGO Group. ©2022 The LEGO Group. STAR WARS © and ™ Lucasfilm Ltd. All other trademarks and copyrights are the property of their respective owners. All rights reserved.