VIPs: Get a Fun and Funky VIP Add On Pack with purchases over 50 €*

Not a VIP?
Building Instructions

Run for cover when Mixadel is around! This royal features a catapult function and comes with a 2x2 round LEGO® brick for ammunition. For more building and role-play fun, collect all 3 members of the Medivals featured in 2016 LEGO® MIXELS™ Series 7 and create the MAX. Alternatively, combine Mixadel with 41554 Kuffs of the MCPD tribe to build a mixed-up MURP! 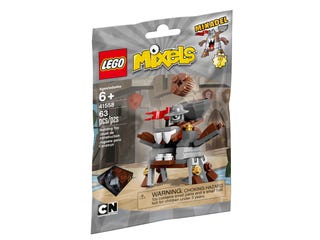