Not a VIP?
Building Instructions

In the jungles of Okoto, the Toa must unite with the elemental creatures to become powerful enough to battle Makuta. Power up with elemental weapons, and gain flying powers when united with 71300 Uxar Creature of the Jungle! 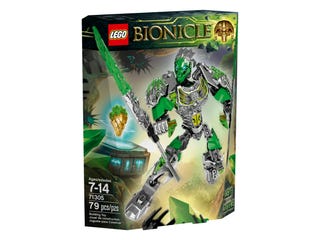