If you’re a Spice Girls fan, then you’ll be excited to know that we’ve just launched a LEGO® BrickHeadz™ set that celebrates one of the most iconic bands in the world.

Of course, we’re talking about the British pop sensation that spiced up our lives and the music industry forever.

The Spice Girls undoubtedly ruled the nineties and were the epitome of inclusivity and friendship.

Together, they made pop magic and went on to release three studio albums, 11 singles and even a Spice Girls movie. And now, in 2022, they have their very own LEGO set.

In fact, they are the very first musicians to get their own LEGO BrickHeadz.

Daniel Squirrel, the LEGO designer who worked on this set says: “Growing up, the Spice Girls were everywhere. When the opportunity to create a global British icon from LEGO bricks came up, I couldn’t pass it up. I felt a certain sense of responsibility as the only Brit in the team, to make sure we did them justice.”

The set comes with mini versions of each Spice Girl, equipped with microphones and stands. For the first time, fans can experience that satisfying ‘click’ when 2 bricks become 1 and display their fandom at home.

So, how did the Spice Girls become so iconic?

It all started with their first single Wannabe in 1996. The music video put the band on the map, and we got a real taste of who the Spice Girls were.

The synchronized choreography on the stairs, the sass-itude (like Victoria Beckham pulling the tablecloth from the table) and Melanie C sporting her signature tracksuit – it made us all really, really, really wanna zig-a-zig-ah.

And designing the LEGO BrickHeadz Spice Girls Tribute set was a similar experience.

Daniel had the Wannabe music video playing on loop throughout the design process.

He also had the very important task of recreating the outfits for the LEGO BrickHeadz. Their style was EVERYTHING at the time, and they brought bold 90s glam to all their performances and videos.

“The band members have famous outfits and iconic looks, like Geri’s Union Jack dress, Mel B’s trademark leopard print, Emma’s baby-pink dresses and pigtails, Melanie C’s tracksuits and of course Victoria’s little black dress. They have a meaningful history in British music and the youth of many of my peers, so it was important to reference these moments for the fans.” 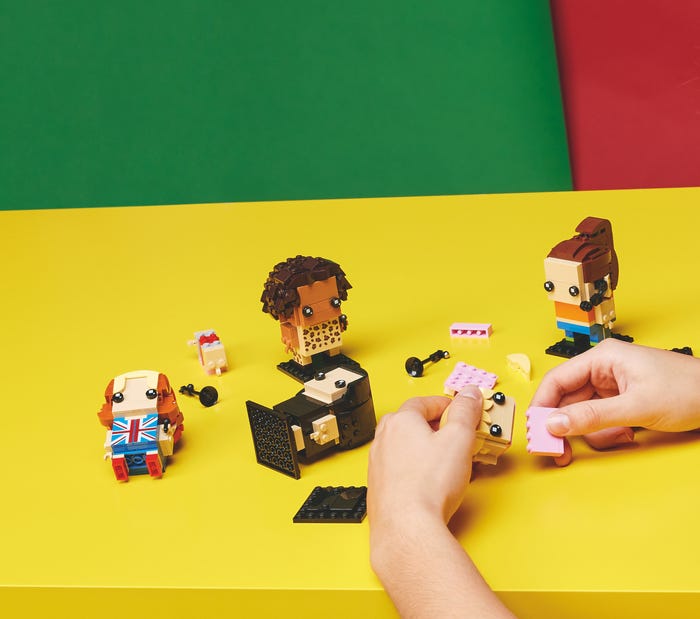 Their first album Spice sold more than 23 million copies worldwide, including more than 3 million copies in the UK, making the Spice Girls the fastest-selling British band since the Beatles – and the songs were catchy!

The Spice Girls continued to prove they were versatile, relatable and experimental when it came to making music.

From slow ballads like Goodbye (that went on to be their third consecutive Christmas Number One in the UK) and feel-good songs like Spice Up Your Life to stop-motion animated music videos, they gave us something we hadn’t seen before. 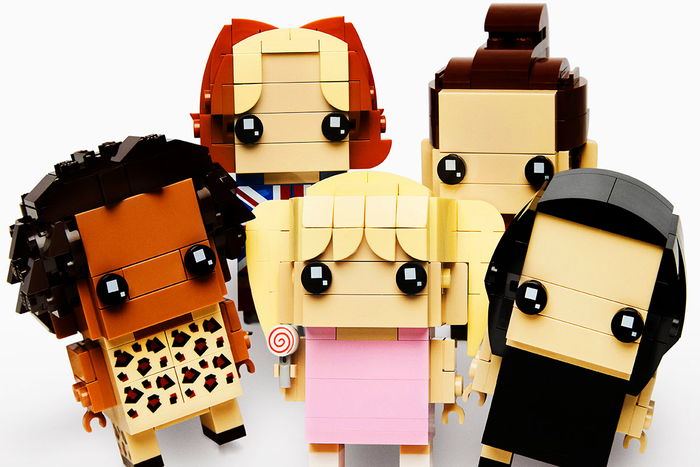 Essentially, the new LEGO BrickHeadz set is a celebration of their legacy. A reminder of the good old days when we used to sing ‘Who do you think you are?’ in front of the mirror with our own Baby Spice pig tails.

“It’s always a challenge to create humans in LEGO BrickHead form. I’ve done so many hairstyles I feel like a LEGO hairdresser,” adds Dan.

The Spice Girls stood for inclusivity, empowerment and everyone being themselves – and their message is just as relevant today as it was back then.

Daniel adds: “Knowing a lot of effort went into what we have made, you feel a real sense of pride. Not just for me, but for everyone that worked on them, as it is a real team effort. We collaborated with the Spice Girls to bring this LEGO set to life and the band love their BrickHeadz!”

Before we say Goodbye, can we just take a moment to say it’s not the end, it never will be – and we will continue to ship the Spice Girls for years to come.