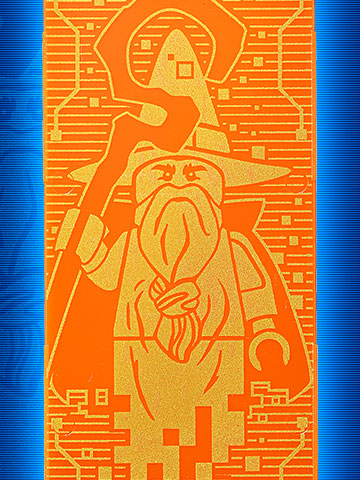 Merlok is the wizard protector of Knighton. He used to be a real-life wizard, but a magic blast dissolved his physical form and now he lives in the Fortrex computers as the sentient operating system Merlok 2.0. In his new, digital shape he helps the knights upgrade with NEXO Powers, but his personality is still the same. He is quirky, kind and very proud of his brave NEXO KNIGHTS heroes. But as awesome as the NEXO Powers are, Merlok stills believes things were better back in days of good, old magic.