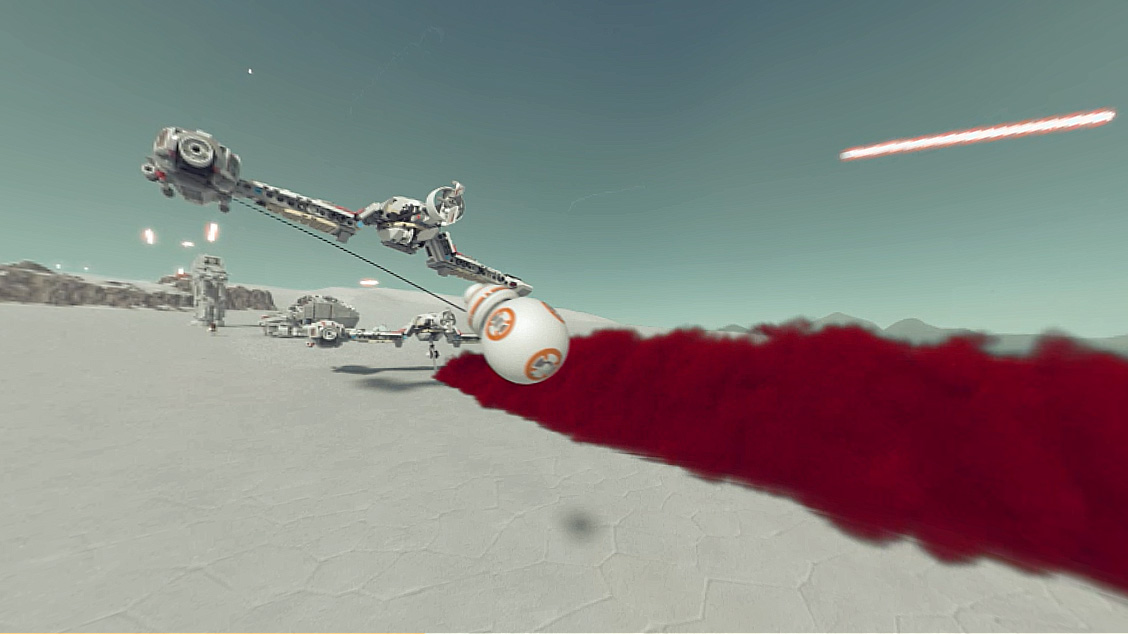 Follow BB-8™ as you roll your way through an intense battle on the planet of Crait™. You choose how the story will change and whether to help the Resistance or to join the First Order.