It all started with a simple question: where were all the women LEGO builders?

The person asking that question was Alice Finch. She had played with LEGO bricks as a child and as she got older, she found a love for architecture influenced by her father who builds houses for a living. So, when she was looking for a LEGO building project of her own, it’s perhaps not surprising that she chose to make a building – her very own version of Hogwarts™ Castle. However, the scale surprised even her. 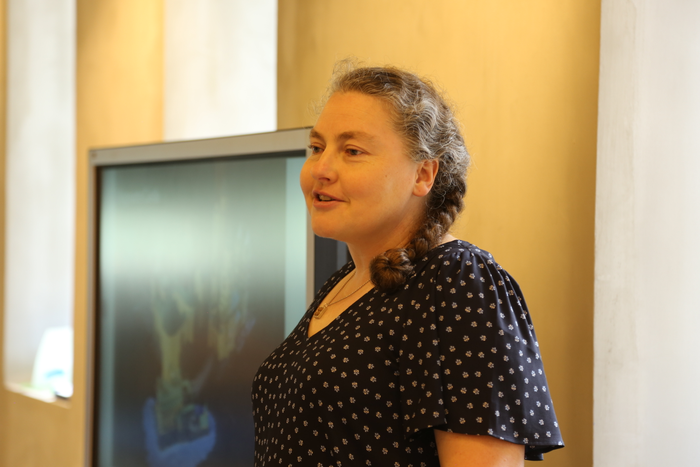 Alice talking at the Hong Kong workshop for women

After the painstaking process of making Hogwarts completely accurate according to the descriptions in the books, Alice began to display photos online and soon they were racking up millions of views. 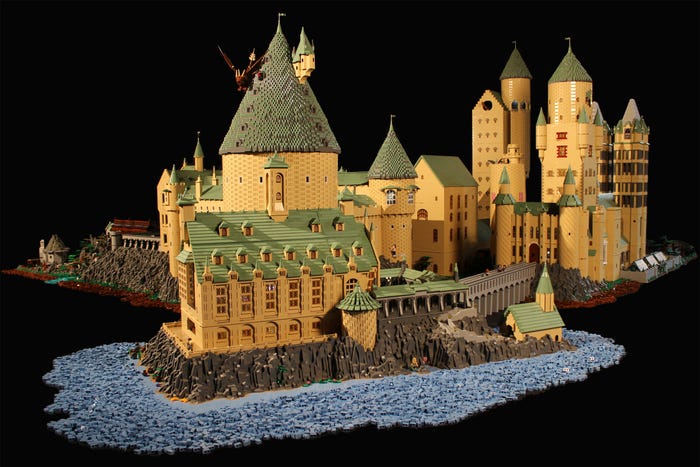 Alice quickly began to realize two things: firstly, that there were actually lots of women participating in LEGO building at all levels, but secondly, that there was nothing connecting them, and so each felt like they were alone.

Like us, Alice believes that there isn’t a problem that creativity can’t solve, and so she soon set about solving this one.

Not long after, the Women’s Brick Initiative (WBI) was officially founded. Alice wanted it to be an organization dedicated to community and advocacy, and focused on inspiring, supporting and empowering women builders. 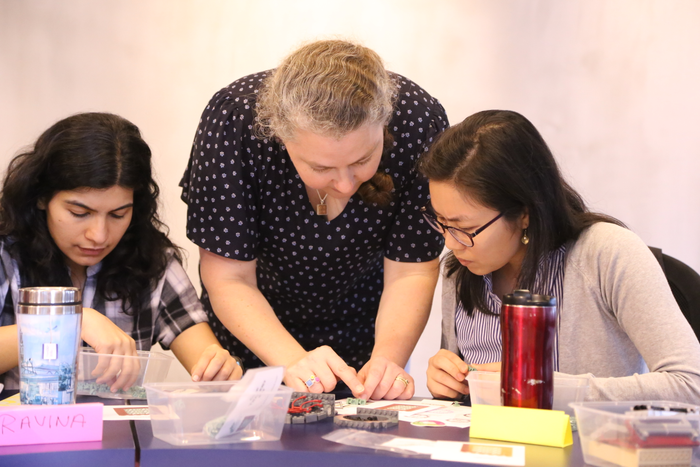 Today, the WBI has members all over the world and the community is continuing to expand both its reach and its goals. But Alice hasn’t done it alone.

“I’m an engineer, and I think the [LEGO] hobby and that profession coincide really well,” says Megan Lum, a successful engineer with a 20-year career in large organizations and part of the WBI leadership team.

Megan noticed the same pattern that Alice had, and this correlated directly with one in her professional life.

“It was very similar to engineering. Only about 15% of the engineers out there are women, and I started taking a look around at LEGO conventions and noticed that the percentage was not all that different.”

Megan believes that early-stage creativity is part of the key to solving this problem, and that increased engagement with LEGO sets could help lead to an increase in female representation in professions related to science, technology, engineering and mathematics (STEM).

“When you’re a kid, everybody asks you, ‘what are you going to be when you grow up?’ If girls have that familiarity with engineering, like something they played with, that becomes a possibility.”

Increasing representation at all levels has been a strong part of the WBI’s work, alongside their desire to create a community. 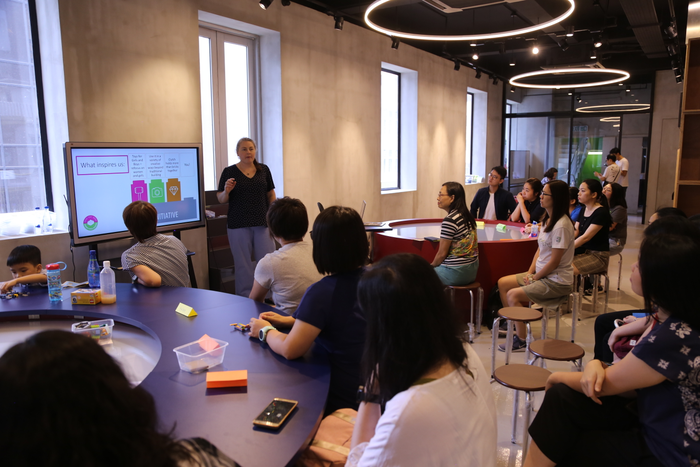 Alice says, “we’re really focused on discovering the most important ways that we can support women in the hobby, and sometimes that just means a place to sit and talk.”

They regularly hold building workshops and contests that are designed to champion the individual creativity of their members and provide a space for them to get together and socialize. 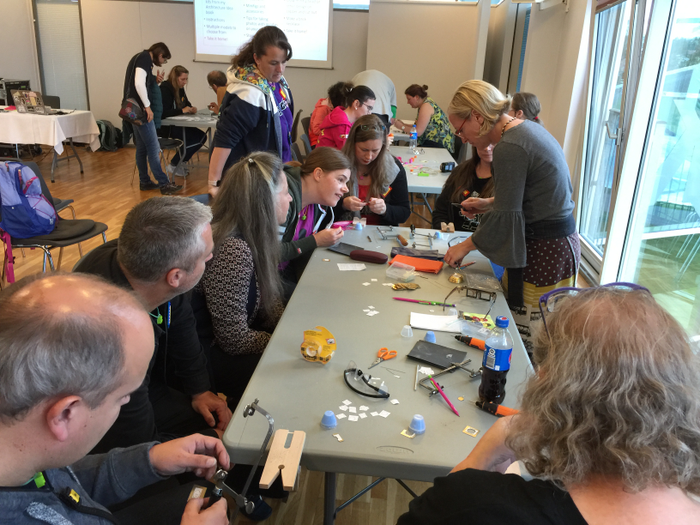 The WBI in Skærbæk, Denmark, for a jewelry workshop in 2019

These creative workshops have led to some success, especially in the case of Kelly Bartlett, a rising star builder and member of the WBI. Kelly recently won a LEGO Art Contest, and her winning work Emergence is currently on display in the LEGO offices in Denmark. She works as a biology teacher and grew up surrounded by creativity and LEGO sets.

“I grew up in a household that didn’t have gender expectations when it came to toys,” says Kelly, “every toy was for every kid; my parents didn’t acknowledge any kind of gender-based marketing. So, I did not grow up thinking that when I played with my LEGO City and LEGO Castle sets, I was playing with a boy’s toy. I just played.”

The skills that she now uses in her career she believes were, in part, fostered by her being encouraged in her creativity as a child.

The profound power of creative play

It is important, however, to remember that play is not just about honing practical skills – creativity is also supposed to be fun. And for Inez Vasquez, a lawyer based in the Philippines and a member of the WBI, it has a very different benefit.

“I build mostly to de-stress. Because lawyering is a stressful job!” says Inez.

Inez began building alone, but soon found herself looking for a creative community of women that shared her passion. She started her own LEGO User Group, which later became affiliated with the WBI and has continued to grow in both numbers and the diverse range of people it attracts. 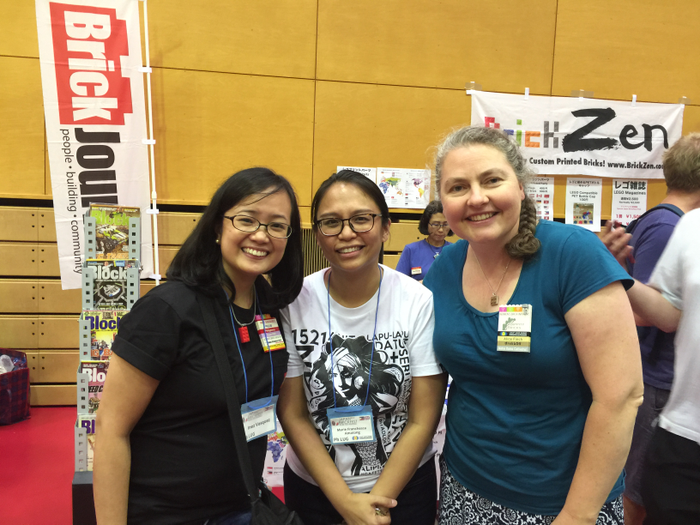 “It’s women and allies. We’ve got men in there, and of course members of the LGBTQI+ community. It’s really open to everybody who wants to promote diversity within the LEGO community.”

That ‘everybody’ includes people of all genders, ethnicities, races and, importantly, ages.

Patty Sherin uses creativity and LEGO bricks in her work with the elderly, and especially those suffering from dementia, in her local area. She joined the WBI for the sense of community and encourages any adults interested in LEGO sets to do the same.

“It’s the best thing ever,” says Patty, “I always say, you have to connect with the LEGO community because you will find your people there. It’s a beautiful thing, really.”

The clutch holds more than bricks together 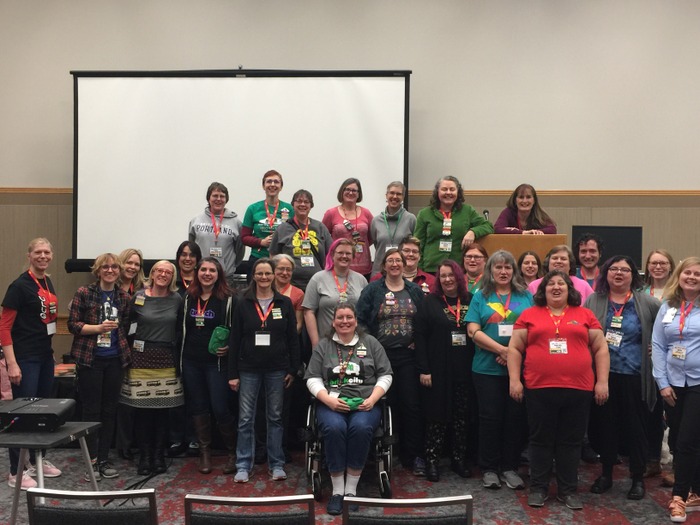 The WBI places creativity, community and diversity at the heart of everything that it does. That’s probably why it has grown so fast. Because whether you’re young or old, whether you’re building your own creations or sets, whether you build a tiny flower or a 400,000 piece castle, whatever your situation, you will find community, acceptance and people who share your passion at the Women’s Brick Initiative.

For this International Women’s Day, we sat down with six of our designers for a talk on gender imbalance in design…

If you know a young artist who loves to play, these great LEGO® arts and crafts sets are sure to help them express their creativity in fun new ways!