Notorious Sith Lord, Darth Vader first appeared on movie screens in Star Wars: Episode IV A New Hope, in 1977. He was soon revealed to be a ruthless villain, determined to hunt down enemies of the Empire. Under the instruction of the evil Galactic Emperor Palpatine, Vader strikes fear into everyone he meets with his mysterious mask and mechanical breathing. 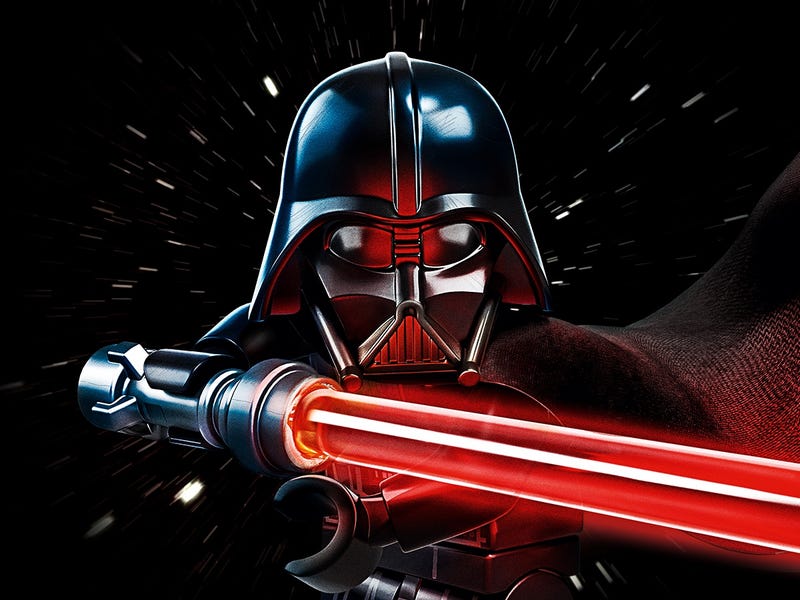 In Star Wars: Episode V The Empire Strikes Back, Vader confronts Luke Skywalker. And in an iconic Lightsaber battle scene Vader overpowers Luke, severing his hand and dramatically revealing that he is Luke’s father.

But it was in Star Wars: Episode VI Return of the Jedi, that fans finally saw the man behind the mask. In moving scenes, we discovered that despite his fearsome character, Darth Vader had never fully forgotten the light side of the Force. 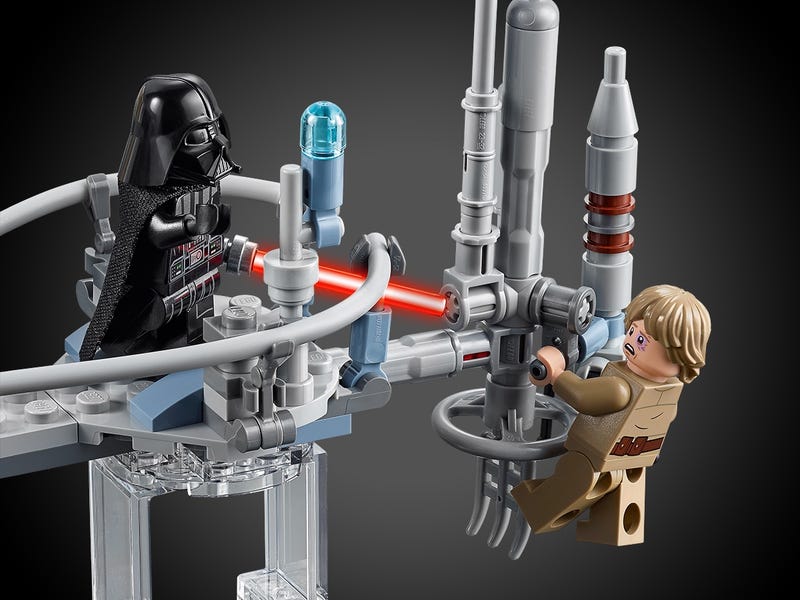 Of course, it wasn’t until the release of the prequel trilogy that Star Wars fans learnt the full history of the Sith Lord. Through Episodes I, II and III, we witness the transformation of the heroic Jedi Knight Anakin Skywalker into Darth Vader.

As one of the world’s most iconic villains, Darth Vader is a popular character in Star Wars merchandise, with Darth Vader toys, action figures and LEGO® gift sets popular with Star Wars fans, young and old. 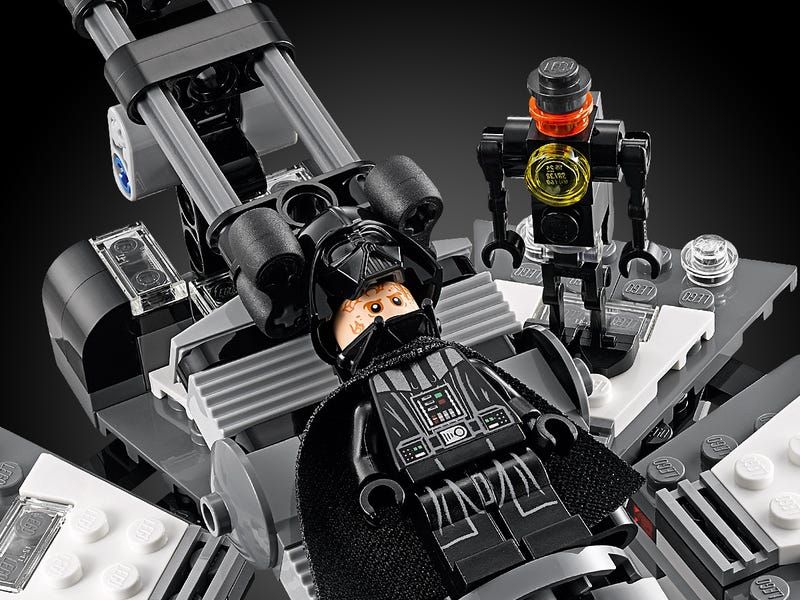 With his jet-black armor, mechanical breathing and dedication to the dark side, it’s hard to believe that Darth Vader was once a Jedi Knight. Yet, Vader’s story begins with the young Tatooine slave boy Anakin Skywalker who would later become the fearsome Sith Lord.

It was prophesized that Anakin Skywalker would become one of the most powerful Jedi ever. But after being tempted to the dark side, believing it the only way to save his wife Padmé Amidala from death, Anakin’s transformation into Darth Vader begins.

After a lengthy Lightsaber battle with his former Master, Obi-Wan Kenobi, Anakin is left close to death, badly injured with horrific burns. After finding Anakin, Emperor Palpatine encases him in black armor and a mask to keep him alive – finally transforming Anakin into Darth Vader.
For many years, Darth Vader spread fear across the galaxy, overpowering the enemies of the Galactic Empire at every turn. As part of his quest, Vader hunts down and fights Jedi apprentice Luke Skywalker but in his final moments Vader turns his back on the dark side. Rather than killing Luke, he saves him from the Emperor, even though it costs him his own life.

After his death, Vader – now Anakin Skywalker once more – is at one with the Force and is reunited with his old friends Yoda and Obi-Wan Kenobi. 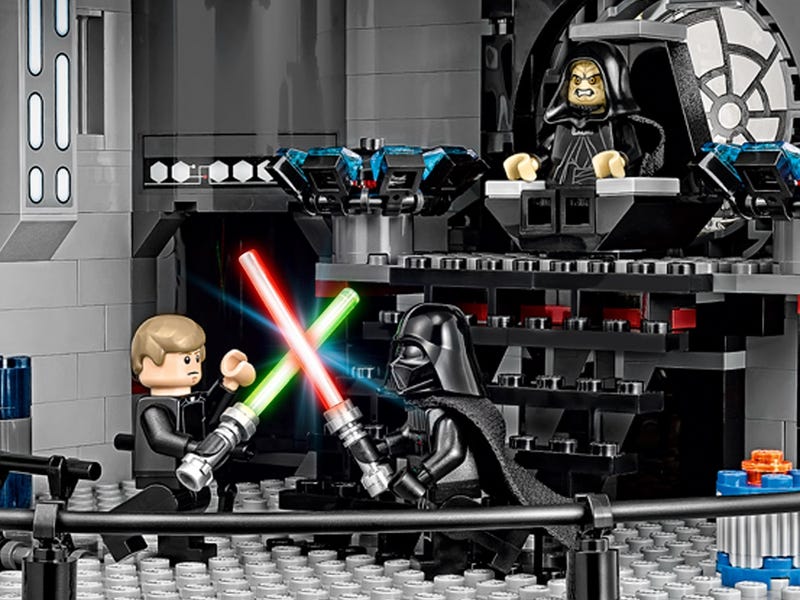 LEGO® Star Wars™ Darth Vader’s Castle (75251) is a buildable playset with 5 minifigures. With this awesome building set, Darth Vader fans can discover the secrets of their favorite villain, as they explore his castle home on the planet Mustafar. 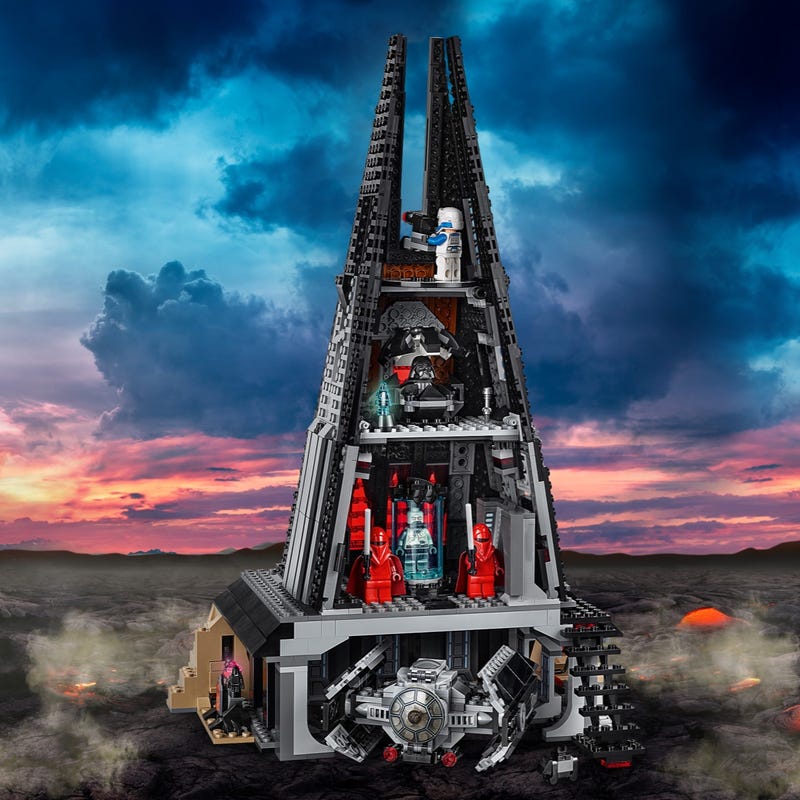 Bring Darth Vader to life at the medical bay!