Loyal friend of Han Solo and co-pilot of the Millennium Falcon, Chewbacca is a 200-year-old Wookie, towering high at 8 feet tall.

Instantly recognizable with his long brown hair and warbling voice, Chewbacca is a firm favorite with Star Wars fans and features in many LEGO® Star Wars™ playsets. 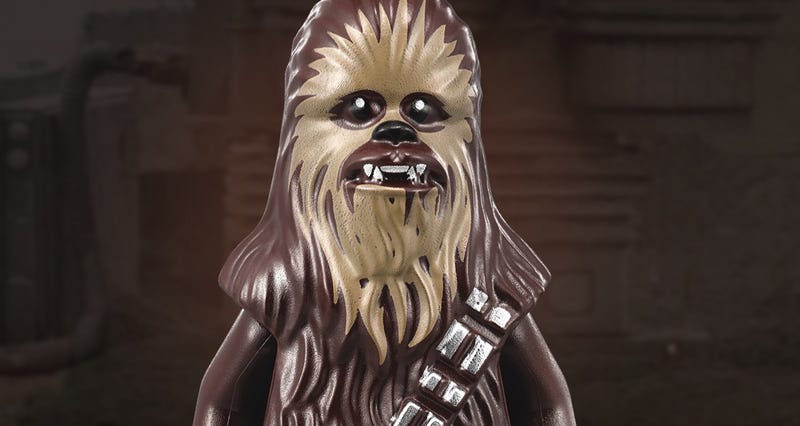 Chewbacca, the old Wookie with a big heart 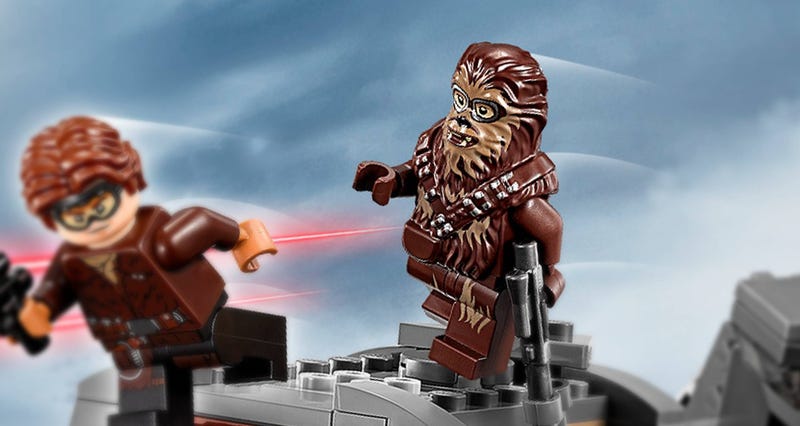 Affectionately known as ‘Chewie’ by his friends, Chewbacca appeared in all three movies from the original Star Wars™ trilogy. But it wasn’t until 2018’s Solo: A Star Wars Story that fans saw how Han and his faithful Wookie friend first met.

Having been captured by Imperials on the planet Mimban, Han Solo is thrown into a pit and chained to Chewbacca. The Imperials expect the Wookie will kill and eat Han. However, Han can speak the Wookie language and so the two form an alliance and plot their escape.

After eventually going their separate ways, Chewie later returns to help Han evade an Imperial blockade. Han returns the favor, saving Chewbacca after he’s been captured by the traitor thief Tobias Beckett. Their friendship is sealed and Chewie stays with Han for more adventures around the galaxies.

With articulated legs, plus an opening top and sides that reveal a detailed 2-minifigure cockpit, this LEGO model is ideal for kids who want to role-play Star Wars battle scenes. 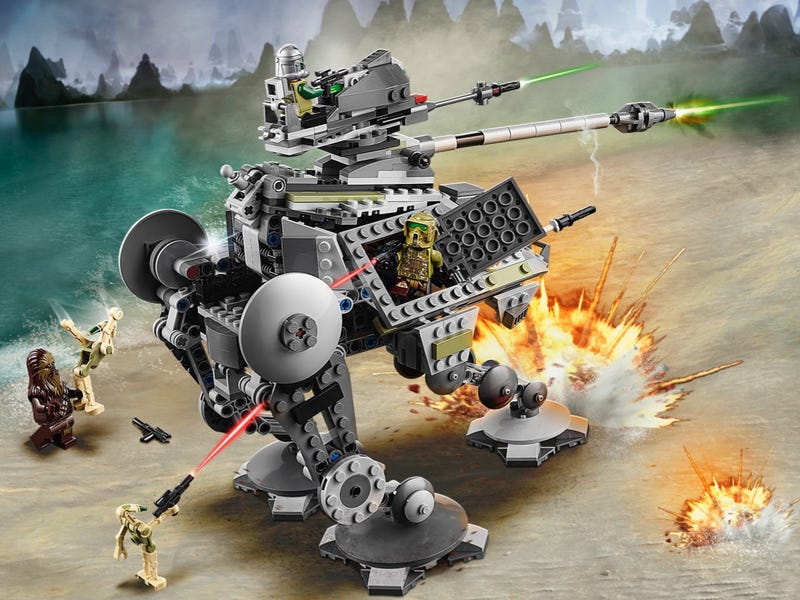 The set also includes a rotating and elevating top turret with a seat for a minifigure and a spring-loaded shooter for exciting battle action. 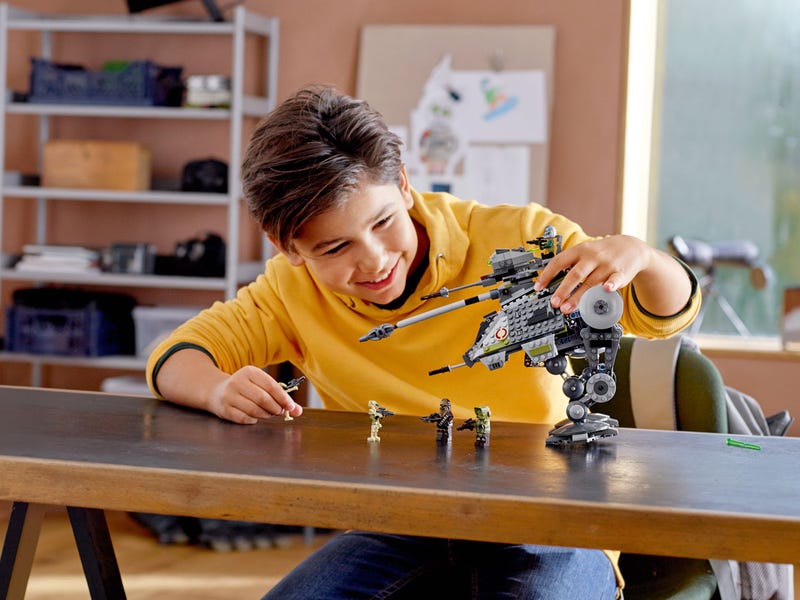