Join the Freemakers: Rowan, Kordi and Zander as they travel the stars in search of space junk. With modular wings, engines and blasters, StarScavenger can be rebuilt into various configurations, and features a foldout top section that reveals a mini scavenger vessel with salvage scoop with space for a minifigure and R0-GR (Roger), the siblings’ friendly Droid. This set includes 3 minifigures plus a Droid. 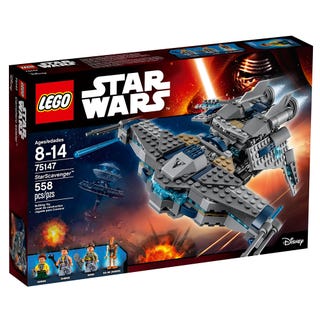 Overall RatingAverage rating3.6out of 5 stars
3.6
(12 Reviews)
67% would recommend this product.