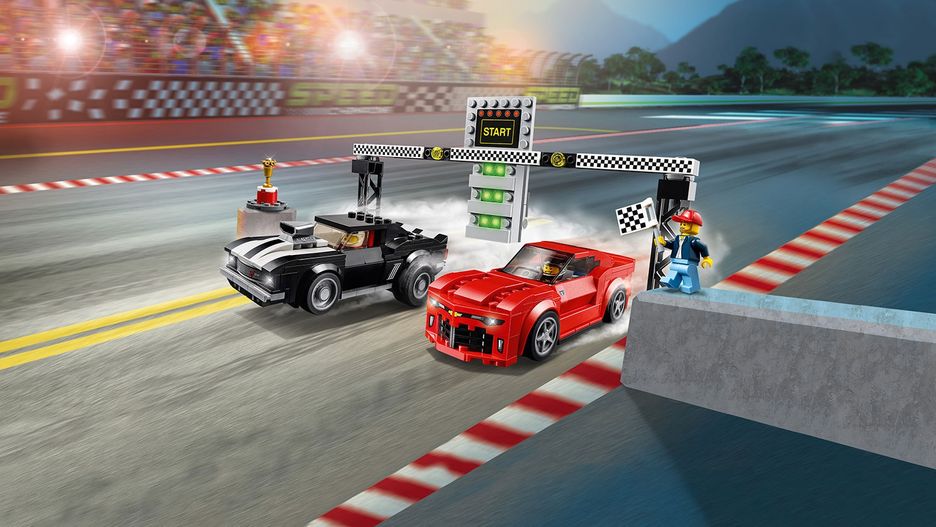 Choose between the awesome LEGO® Speed Champions 1969 and 2016 Chevrolet Camaro cars. Swap the engines on the '69 Camaro Z/28 and prepare to race against the all-new '16 Camaro. Watch the starting lights turn from red to green and power away. Use all your driving skills to be first past the checkered flag. Then lift the trophy and celebrate a thrilling victory! 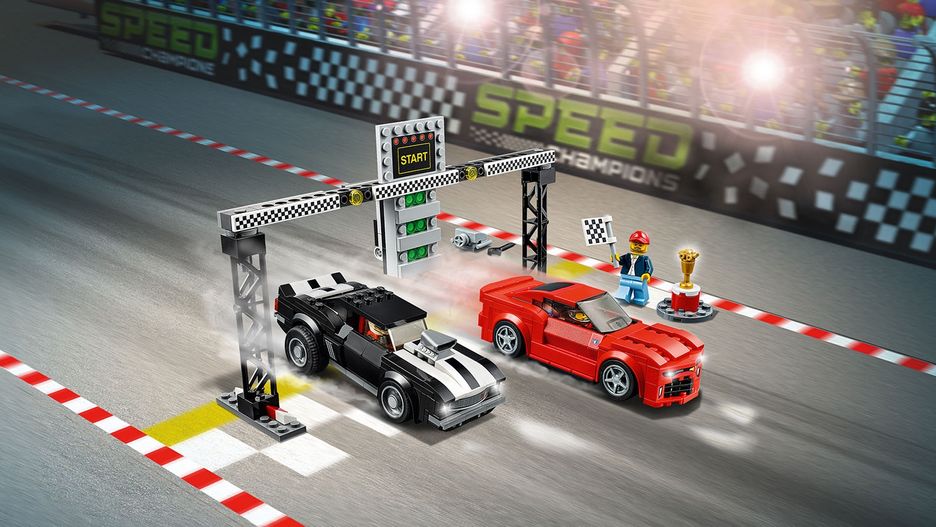 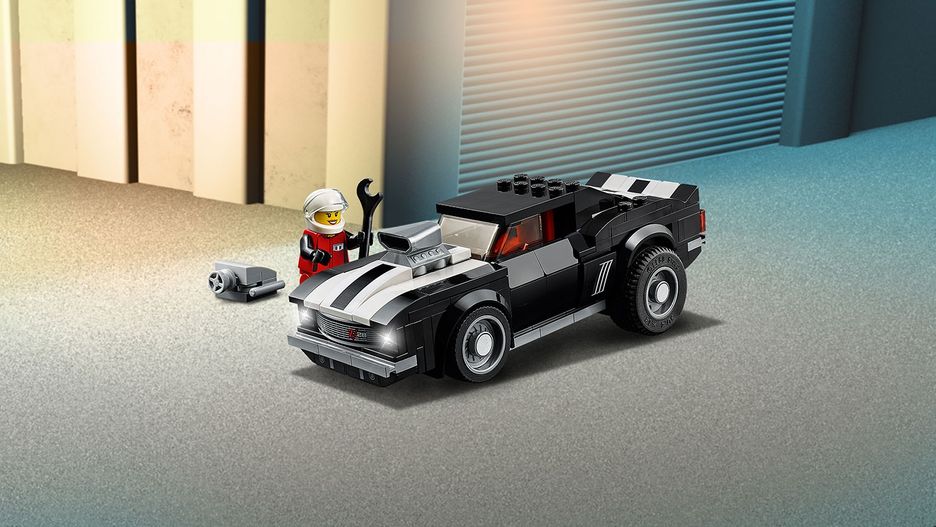