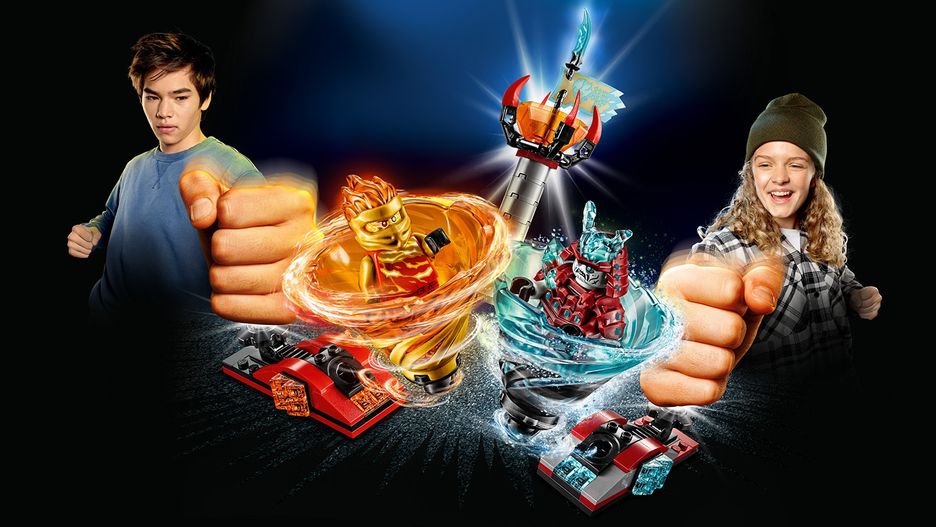 Gear up for a fast-spinning LEGO® NINJAGO® Kai vs. Samurai Spinjitzu Slam with this awesome playset! Power up the Ninja of Fire figure with his Forbidden Spinjitzu hood. Place him and the Blizzard Samurai in their LEGO NINJAGO spinners and slam the launchers to send them spinning into high-speed battle. Reload the launchers with Kai FS's eternal flame or fireball and Blizzard Samurai's ice crystal or ice shield for extreme Elemental spinning action. Who will be first to knock over the pedestal and claim the Scroll of Forbidden Spinjitzu? There are no rules and no limits with this LEGO toy building set so try different techniques and compete with friends for victory!