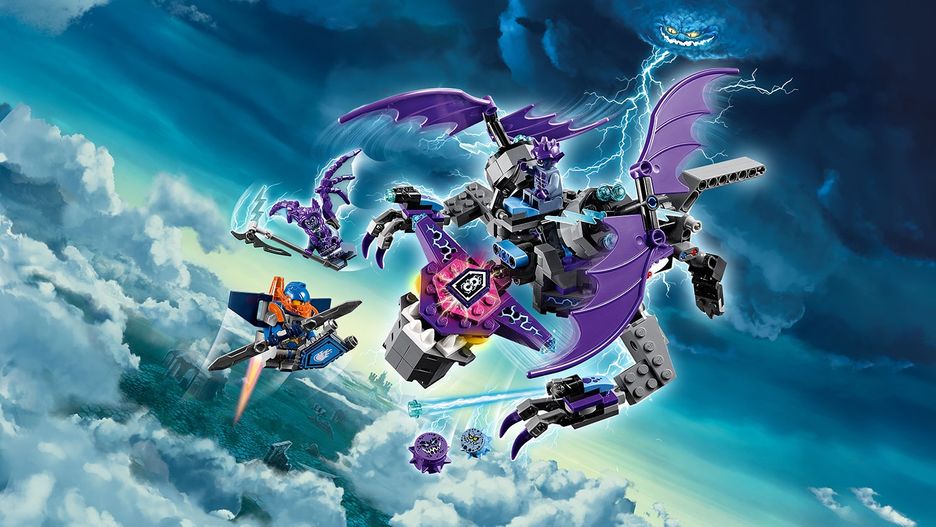 Fire up the jetpack and launch Clay into the skies to take down the Stone stomper in his flying Heligoyle! Don’t let the hideous harpy attach the Forbidden Power to the beast to unleash its true evil forces. Watch out for its stud-shooting claws, avoid a Bouldron bombardment and keep your cool in this fast-paced LEGO® NEXO KNIGHTS™ aerial showdown. Includes 2 scannable shields for the NEXO Power Yeti Sneeze and Forbidden Power Horrible Hunger.