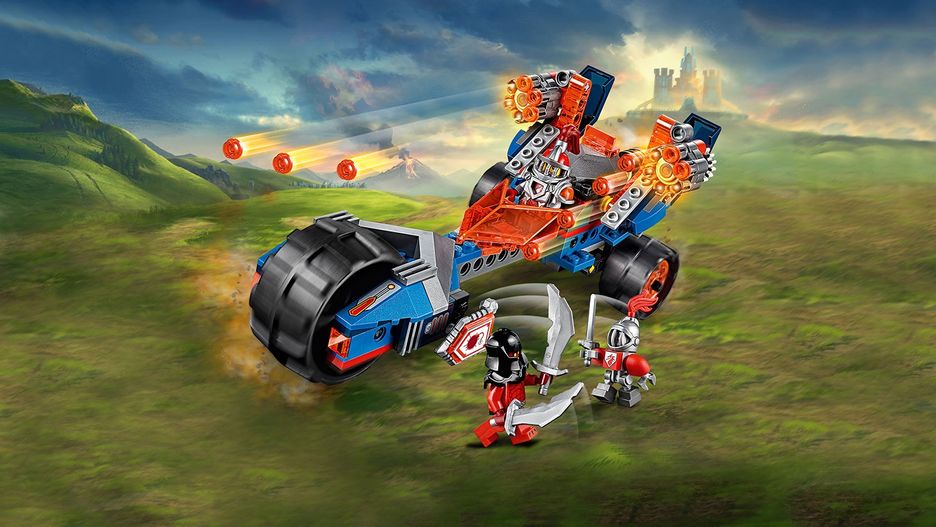 Take the enemy by surprise! Twist the handle to pop up the Thunder Mace's hidden rapid-fire stud shooters. Take aim and target the Crust Smasher, then jump out of the vehicle with the trusty Macy Bot, grab the Photon Mace and continue the battle! Includes a scannable shield for the NEXO Power Bomb Blast. 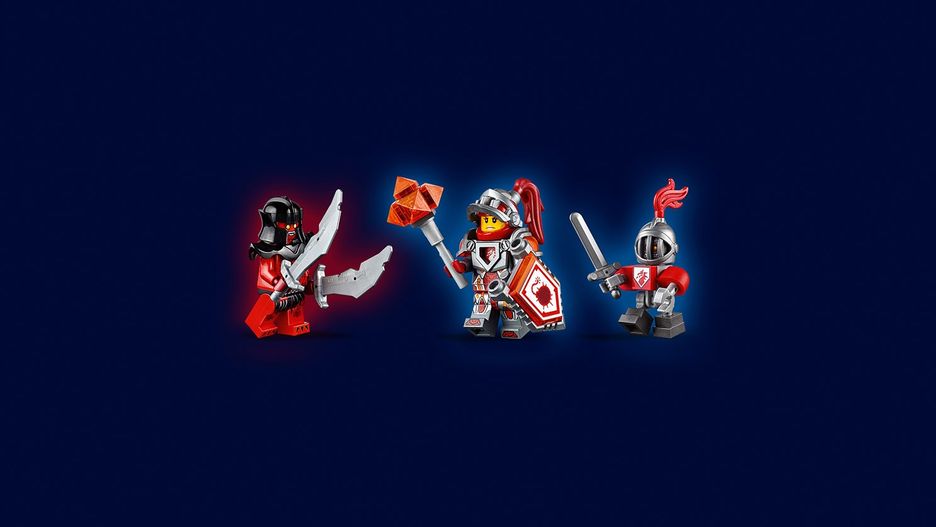 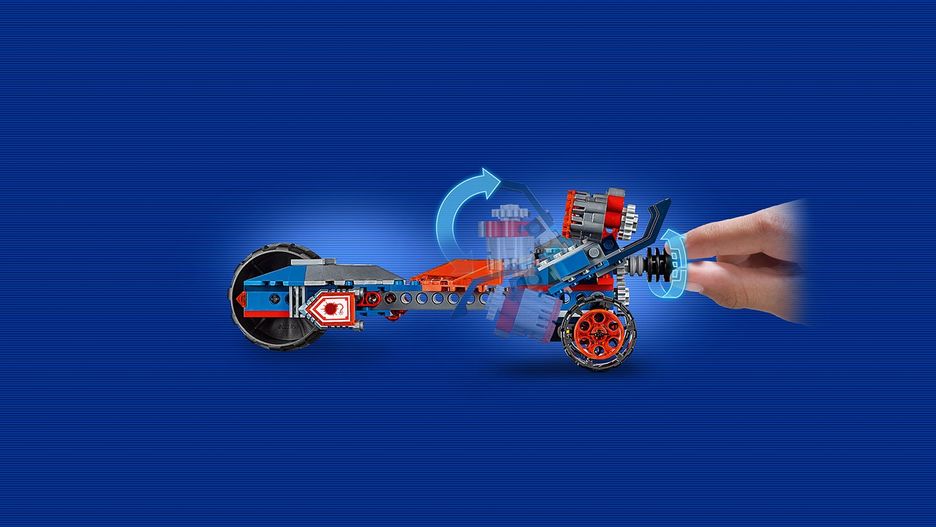 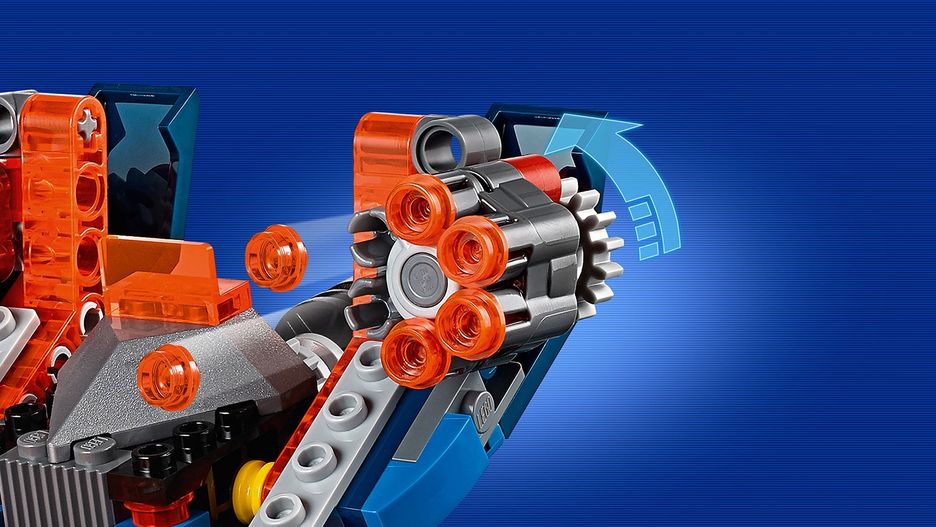